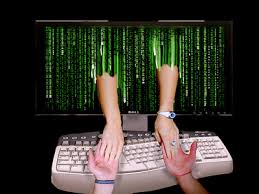 I’ve been in a long distance relationship for the last 5 months. We met through a social networking site after we commented on each others statuses. Afterwards, he sent me a personal message wanting to discuss more and wanting to know more about me. One month later, he asked for my email and we began chatting regularly on online.

It was great at first, as most relationships are in the beginning.We got along very well, we had same interests, same taste in music, same dry sense of humor, and same values in general. Even when we disagreed on some issue, we always managed to respect each others differences and we felt that we completed each other. However, a few months later, things started to go downhill.

He disappeared on me for six days. I messaged him to tell him that I missed him,  and he said ” sorry, lately I’ve been really really sick'”. We hadn’t talked in a while, so I was kind of giving him a hard time during our conversation but I was only joking. He didn’t think it was very funny and got mad. I apologized, he told me he wasn’t mad, but still decided to abruptly end our conversation. Then I really started to find out that things were not the same. I was getting really worried because he said he had been sick and I hadn’t heard from him at all. I desperately tried to contact him but he refused to reply to me. I poured out my heart and soul to him expressing my concern to no avail. When he finally decided to get to me, he had this to say:

” I’m emotionally and physically tired, and even though you’re a great person, you do nothing but evoke my wrath and irritate me- almost about everything. Maybe there’s nothing wrong with you and I’m the one who’s in distress to the point that I’m provoking quarrels, and maybe I don’t know how to deal with you. Or maybe you’re a complicated person..I just don’t know.
Anyway, I need some time to relax recommended by my physician – where there are no movements or emotions. And maybe it’s a good opportunity for both of us to think, contemplate and reconsider things. I hope you’re feeling the best, from the bottom of my heart.’

At that time, I had found a new job and made the mistake of telling him. I suddenly realized that telling him I had a new job may have discouraged him from wanting to get back together because of the long distance, so I contacted him again. And then a few more times after that but all of them ended up with no reply from him.

So, I left my new job and I’m moving back to my hometown to settle down. And I really need to tell him that but I have no idea how. I’m obsessed with the thought that maybe because he knew I got a job, he cut off all the chances of talking to me again and it’s really frustrating. What do you think I should do right now? Should I tell him that I left the job? Or that I’m coming back to where he is?

To answer your question, no, I don’t think you should tell your ex that you’re moving back home. For one, if you’re moving back home, there’s a good chance the two of you will run into each other anyway and two, he’s clearly ignored all your other advances of contact, so another piece of information will probably also go unanswered. Plus, if you tell him you’ve left your job and moved back home, he may suspect that you’re stalking him. Especially since he initiated the break-up.

Online relationships can be tricky because you never truly know who you’re talking to if you’ve never met in person. And I’m sure you probably feel like you were left hanging in mid-air  after he pursued you, and I know that may make his disappearing act  seem all the more hurtful. However, he seems to have made it clear that he want’s to end the relationship, so do not chase after him. Instead, focus on your healing process by doing things such as engaging in physical exercises such tennis, jogging, biking, swimming, weightlifting, etc., which will release chemicals in your brain to reduce your stress and depression or seeking counseling if need be.

Have you ever seen the MTV reality show “Catfish”? It centers around online relationships and organizing the couples to meet face to face for the first time, only to discover that their online loves are not the people they thought they were. So if you think about it that way, you’ve actually saved yourself some additional heart break break since he called it off before things went any further.

For more relationship advice, purchase my book, “Am I in A Bad Relationship?“.