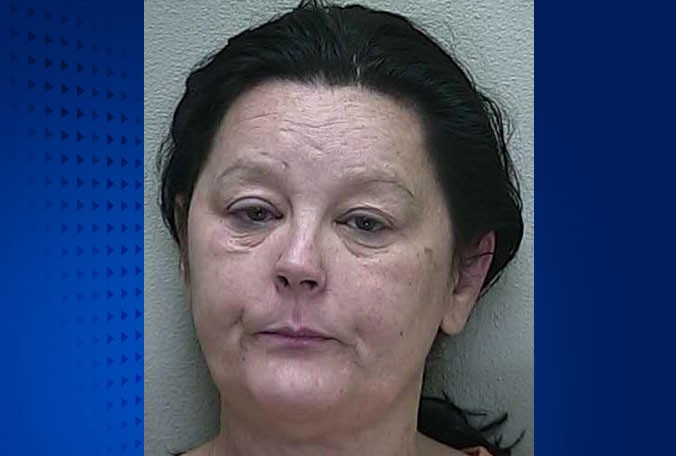 It’s normal for couples to fight. Every couple does it and it’s actually healthy for two people in a relationship to blow off steam every now and then. While having an occasional argument is acceptable, it should never be a constant thing or escalate into something physical because that’s when the trouble starts. If two people arguing turns into a physical altercation which leads to injury or even death, it’s no longer healthy and a make-up session is completely off the table. According to The Huffington Post, a Florida woman is being charged with domestic battery and arson for attacking her husband and then setting their kitchen on fire.

The Huffington Post reports that Michelle Bedillion, 46, allegedly struck her husband, Carlos Bedillion, 46, with a weighted picture frame on Sunday night. When that didn’t slow him down, his wife also allegedly threw a computer at him which hit him in the back.  He then ran outside. However, it appears that Bedillion may have been trying to kill herself after attacking her husband because Huff Post reports that she poured cooking oil all over her kitchen and then set it on fire. The husband ran back inside to put the fire out while Bedillion ran into the woods.

“When deputies found her later on, they say she told them that her husband “deserved whatever he got.” When they asked why she started a fire, she said, “I was going out in a blaze of glory.” ”

Michelle Bedillion stating that she wanted to “go out in a blaze of glory” suggests that she was suicidal and possibly a psychopath (Psychopaths can be characterized as having feelings of  irresponsibility, impulsivity, criminality and coldheartedness),after attacking her husband for no apparent reason since the cause of the altercation was not made clear.

What do you think about this? Was this an argument that escalated into something much more dangerous or was Michelle Bedillion suffering from something she couldn’t control such as a mental disorder?