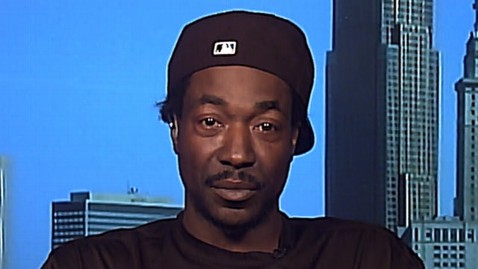 People like to stigmatize the Black race as a minority, especially males, but this week one particular Black man and it isn’t the the president, is being praised!  Cleveland, Ohio resident Charles Ramsey, is responsible for the rescue of three women who had been on missing person’s list for ten years.

CNN reported that Ramsey was in his house eating McDonalds when he heard a girl scream “like a car had hit a kid”. He ran out his house, followed the sound and found Amanda Berry, who had gone missing in 2003 just before her 17 birthday. He then helped her and her six year old child (a product of rape from the kidnapper) escape and he and Berry both called 911. This led authorities to the location where they freed the other two captives and thus solving the 10 year mystery.

Ramsey had only been living in the neighborhood for a year and said he never noticed or questioned anything suspicious about Castro, saying they even barbecued and listened to music together in the yard. Check out what Ramsey had to say about his initial thoughts on his deranged neighbor.

He just comes out to his backyard, plays with the dogs, tinkers with his cars and motorcycles, goes back in the house. So he’s somebody you look, then look away. He’s not doing anything but the average stuff. You see what I’m saying? There’s nothing exciting about him. Well, until today.

He may not have noticed anything before, but thank good he was paying attention and reacted when he heard the screams of Berry. According to CNN, Amanda Berry, Gina Dejesus and Michele Knight all disappeared years apart  but all ended up in the same place, at the bottom of their sick, demented kidnapper, Ariel Castro. Two of the girls were teenagers when they were abducted, Knight was 21.

These now women, were being held hostage in a house for ten years! What kind of neighbors were on that street? I mean, they’re alive so they had to be eating, that means groceries were coming into the house. More groceries than needed for one person living in a house alone. Kids often play in the street and in backyards and kids are curious. Mailmen come and drop mail off everyday, I’m sure Castro probably had a package or two delivered. People walk their dogs in neighborhoods all the time too and you mean to tell me that NOBODY ever questioned what was going on there? I read some where that a woman lived in a house close by for 30 years and didn’t suspect anything and that one woman’s child told her that they saw a naked woman crawling in Castro’s back yard once. FYI people, should they prove true, these are all go- aheads to call 911. Ramsey had only been there a year and he ended up solving the whole case!

“They” like to talk about us (Black people) but one thing about us, is that we can smell trouble. If it looks strange, we’re not just going to ignore it. After a years time in a neighborhood we would already have our assumptions together about who does what with who, who waves back at you when you wave to them, who has a creepy house and what neighbors seem a little “off”. I can almost guarantee you that had someone seen something or speculated, heard about or even thought about ANYTHING out of the ordinary being done by a Black man who had lived in and owned that house since 1992, this case would have been solved years ago. We know that Black folks will get the cops called on them quick, even Ramsey said “I knew something was wrong when a little, pretty white girl ran into a black man’s arms. Something is wrong here. Dead giveaway.”

Charles, thank you sir for paying attention and reacting that day. You made us proud for that one. It’s not often that we get to see our men of color in the limelight for something other than a professional sport, baby-daddy drama or mishaps with the law. Job well done. Now go ahead and get yourself another Big Mac.