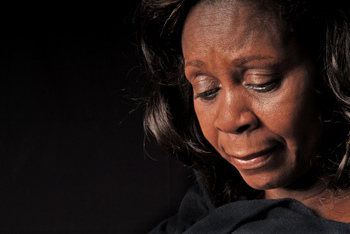 It makes sense when you think about it. The old saying that everything should be done in moderation applies here too. As a person of color or minority in general, you’ve most likely experienced at least one count or form of racism in your lifetime. It may have been as small as a tooted up nose or brow or as grand as a blatant, ignorant, racist insult but if it’s happened little by little over the course of your life, the build up could start to seriously affect you.

According to The Huffington Post, the DSM-5 (Diagnostic Manuel of Mental Disorders) “racism was only recognized as a potential cause of PTSD when it was linked to a specific incident, such as assault”. HuffPost reported that an accumulation of racist behavior can start to affect self-esteem.

As reported by The Huffington Post from Dr. Monnica Williams:

The problem is these things affect our self-esteem, because when we meet a micro-aggression or some sort of slight or assault, we don’t know if it’s because of our color, because the attacks are not blatant anymore, or if it’s because of something about us.

The HuffPost also points out that Black people who have experienced racial discrimination have a higher chance of suffering from GAD (Generalized Anxiety Disorder). I can see that too.

As a person of color and mental health professional, I understand how PTSD could develop from racism. Dr. Williams made a good point about some Blacks not really knowing if negative encounters with other people have to do with their race. Subtle racism is just as bad as the blatant forms (such as a clear NO BLACKS ALLOWED sign). If a Black woman walks into a store with White employees who follow her or watch her as she shops, while leaving their other customers alone or the opposite, like ignoring her completly, she may start to internalize how that behavior made her feel and then start to develop emotions that are associated with that encounter and those like it.

Post-Traumatic Stress Disorder doesn’t just happen to those that have been in war. Trauma can come from an array of things and depends on the person as to how their trauma develops.

Do you agree with this new find? Do you feel some type of way about a race after being discriminated against? Did it happen multiple times before you developed the attitude?