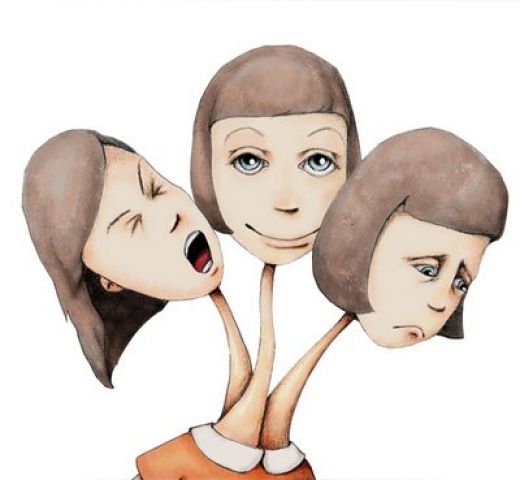 Okay, now I know many of us may us the term “crazy” fairly loosely but there are actually people who have some crazed behaviors that are not all that easy to understand or pin down with a diagnosis. These actions may include speaking in different voices/accents, hearing voices, acting out of character, anxiety, confusion and even self-mutilation. So with that being said, let’s identify what multiple personality disorder is.

According to the National Alliance on Mental Illness, Multiple Personality Disorder (MPD) also known as Dissociative Identity Disorder (DID) is a “dissociative disorder involving a disturbance of identity in which two or more separate and distinct personality states (or identities) control the individual’s behavior at different times”.

I’ll try to set up a scenario for you. I know a lot of people like to claim that their boss is crazy so let’s apply the description of MPD to your boss. Normally, on a good day, your boss seems to be pretty meek and timid. During this time, she doesn’t yell, breath down your neck about reports or try to micro-manage. Basically, you do your job and she does hers with no interference.

But wait, now that you think about it, you’ve noticed that her behavior isn’t consistent and those good days are actually far and between. Sometimes you hear her speaking with an English accent and you know for a fact that she’s from Cleveland, Ohio. You can’t really figure out her style because one day she’s wearing designer suits, expensive jewelry with her hair done and the next she’s a tomboy complete with dirty jeans and lack of femininity. Or maybe you’ve even noticed that sometimes she can’t recall conversations she’s had with you or instructions that she’s given you when asked to complete a task. You simple brush it off by saying “this lady crazy” but  if all these signs prove true, your office may have a real problem on their hands and so does she, considering that many people with MPD/DID are not even aware they have it.

What’s so interesting about MPD, is the fact that it physically involves one person but that one body and according to NAMI, is comprised of anywhere from two to 100 personalities, all with different behaviors, likes/dislikes, mannerisms, attitudes and even speech! These personalities aka “alters”  “may even differ in “physical” properties such as allergies, right-or-left handedness, or the need for eyeglass prescriptions”. Think about it as all your “crazy” family members rolled into one!

According to AllPsych, the main personalities/alters associated with MPD/DID are a “depressed and exhausted host, a strong, angry protector, hurt or scared child, a helper and an internal persecutor who blames the alters for abuse that has happened to them”.

While there is no cure, treatments for MPD/DID include  “primarily of psychotherapy with hypnosis” where the therapist will try to build rapports with the alters and eventually coach them into merging into one personality.

As reported by NAMI:

After reading this post, I hope you gained a better understanding about one of the many mental diseases that plague our world today. Just like all the others, MPD/DID needs to evaluated and diagnosed by a licensed professional (as MPD/DID is often misdiagnosed as Schizophrenia or Bipolar disorder) and treated accordingly.