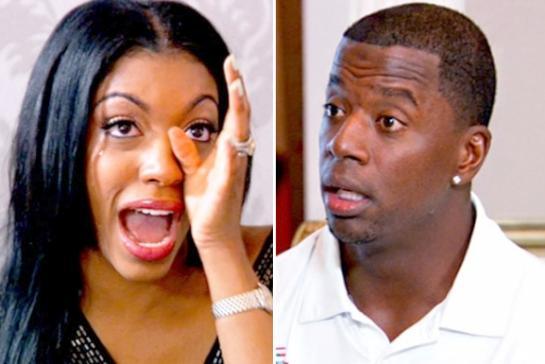 It seems like Kordell Stewart has come to terms with the saying “you don’t know what you’ve got til it’s gone”. I’m sure all my Atlanta readers know by now that Kordell shadily decided to divorce his wife of two years, Porsha Stewart and that she found out on TWITTER yall. Oh, and the kicker is that he was in the next room when she confronted him about it. Really sir? Who tries to sneak and get a divorce? Anyway, it seems that Kordell has realized that he jumped the gun on this one after hinting that he wanted to reconcile on Twitter and Instagram. Isn’t it ironic that Porsha found out about her marriage ending on Twitter and now it’s the vehicle being used to help get her back?

According to the International Business Times, Stewart posted some exotic vacation pictures on his Instagram last weekend with the caption “What y’all think???? Here to work it out? “Y’all have been supportive so I’m asking, may not work, but I’m going to try”. Not only that, but according to S2S Magazine, he tweeted that he “love that woman” while wishing she was with him traveling in addition to posting an Instagram graphic that read “Make sure your worst enemy is not living between your own two ears” for all the world to see.

I don’t know what yall think but I think this decision should be solely left up to Porsha. First off, we already told you when the news broke that Porsha had plans to leave Kordell prior to this incident but backed off after he supposedly agreed to work out their problems. But that came back to bite her in the butt when Kordell cut in front of her with his own filing. If you’ve watch the show, the dynamic between those two seems unbalanced. To viewers it looked like Porsha had very little freedom to carry out her desires both family and career wise and who’s sole mission was to be super wife, while Kordell appeared to be a bit on the selfish side and unsupportive.

Second, the way he handled the ordeal was trifling. If you’re going to divorce someone, at least give them the courtesy of notification, especially if you’re still living together. As a RHOA fan, I feel like Porsha was genuinely trying to fix her marriage in the footage we saw. She showed us that she really took pride in being a wife and was committed to all that it entailed. Because of this, she received a lot of flak, but she still stood her ground as a good wife should.

Porsha, if you’re reading this, it’s all on you. It’s not if Kordell wants you back, it’s if you want him back. I personally think you should take some time to evaluate this. One minute he’s sneaking around making divorce arrangements and the next he’s publicly revoking the decision? I mean I don’t even think it’s been a month since that happened. Remember: A double minded man is unstable in all his ways.  You told us on the show  that you want a family and a career and after seeing Kordell’s attitude about this aspiration on the series, maybe he’s not the right person to achieve this with.

What do my readers think? Would you take Kordell back if you were in Porsha’s shoes?

*Don’t forget to purchase my book “Am I in a Bad Relationship?”