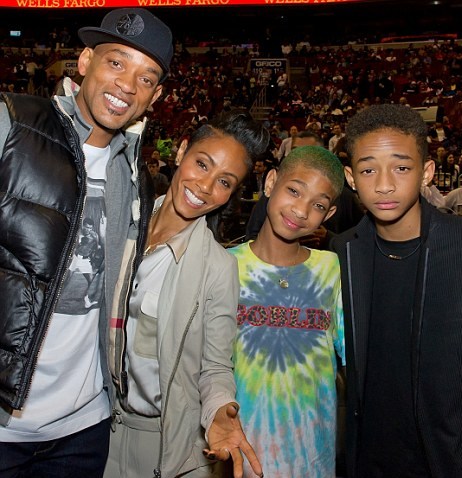 Will and Jada Pinkett Smith are notorious for the flak they get about their parenting tactics. They seem to have a modern approach of lassiez-faire if you will, for how they raise 14 year old Jaden and 12 year old, Willow. Jada’s choice of venting has been through Facebook lately where she blatantly addressed the public o issues such as their perception of her “letting” her daughter do certain things like shaving her head and dressing like …I’ll just say alternatively for a girl her age.  This time, it was Will’s turn to address his parenting style in Haute Living Magazine.

According to Will, parents should let their kids do what they want, not what the parents want them to do, basically. Check out the excerpt from his interview.

As reported by Haute Living:

The things you say and do in the world will affect the family for real. My style of parenting is very similar to that of my parents, minus the concept of ownership. I think that, specifically in African American households, the idea coming out of slavery, there’s a concept of your children being property and that was a major part that Jada and I released with our kids. We respect our children the way we would respect any other person.

I have mixed feelings about this, Willow may seem  a little “out there” to some when it comes to her wardrobe choices and musical selections (Jaden seems to be the more toned down one) but other than that, we don’t see too much negative press about them and from what we see in public, they don’t seem to be troubled young stars like so many other members of young Hollywood, considering that they “rule their own terrain”. So maybe there’s something to Will and Jada’s approach.  However, I don’t totally agree with the non-structured, approach to parenting. I don’t think kids should be free to do whatever they want in every aspect of their lives because kids don’t have the full mental capacity yet to navigate through all their decisions properly. That’s what parents are for, to guide their kids in the direction they need to go.

As far as claiming that Black people getting the idea of owning their kids from slavery, this I’m more decided on. The Black community is known for having a more disciplined home life, which “whoopings” and punishment (another thing the Smiths opt out of) but I don’t believe it’s detrimental in most cases (we’ll discuss the fine line between disciple and abuse in another post), but I do believe it’s affective when used properly.

What do you think about the Smith’s parenting techniques? Do you think they will backfire as Jaden and Willow get older or should more parents try their methods?