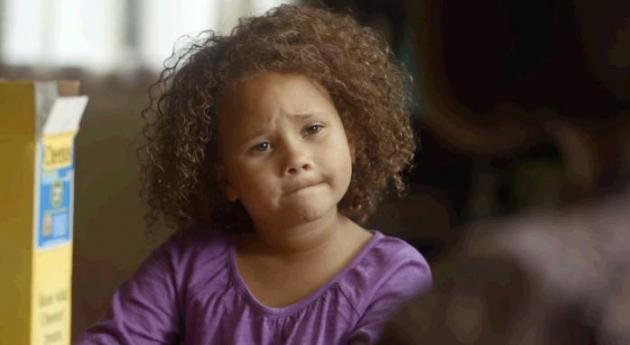 This Cheerios commercial has created such an uproar that they have disabled the comments section below the video on YouTube.    Cheerios has allowed people to comment  on their Facebook page instead. There have been rude racial comments.  Stating that the father would leave and not pay child support.  Some other people commented in support of the commercial by stating they would buy more of the product “Just Because”.

Following the example of one blogger, we did a Google search concerning interracial relationships and its buzz among the public. Here are our results:

Kind of alarming, isn’t it? Is this how America sees interracial relationships? As a matter of thievery and not choice? So we are “stealing” other races instead of being naturally attracted to them? Let’s face it though, Black women: sometimes when you see a fine Black man holding hands with a White woman, a little part of you seethes, boils beneath the surface. You want to walk up to him and plant an uppercut on him, just to let him know that you, as a quality Sista, exists too. Is it because the idea of a Black man with a White woman means he “didn’t try hard enough”? Was it his environment that caused his preference to shift? Is it because he’s a control freak and a White woman is easier to control than a Black woman?

While some of us would prefer to see, date, and marry those of our own race, under the surface of it, is this an example of racism? Wanting to see Blacks with other Blacks? Scoffing at interracial couples and lovers? Always referring to White women as “toys” or “pets” for Black men, preying on the assumption that they won’t fight back like a Black woman does? A lot of times we assume that interracial love is a result of insecurity, that it’s merely an issue of laziness in “working to find your right woman” or settling on the first thing that comes into view. Although more easily identified with Black women, Black men too have this same problem. Seeing a White man with an attractive Black woman angers us too, and we do the mental “size-up” chart to the “what’s he got that I don’t” mindset. We familiarize racism with Whites and the ideology of demeaning and demoralizing African-Americans, but we too can fall victim to this social epidemic. 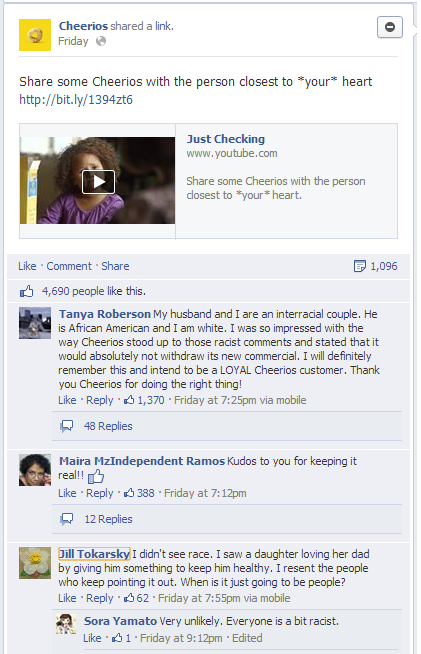 For some, though, interracial relationships are a sign of beauty, peace and harmony in the world (who knew?). Despite much ado from the aforementioned crowd, the idea of connecting to one person of another race means an openness and acceptance of the heart, and the ability to be socially and romantically versatile. Furthermore, finding common ground with someone of another ethnicity displays a willingness tolearn how to live healthy, because the more closed your mind is, the more stress you’ll have become to new changes. Having said that, it IS 2010 after all, and our President (Obama, for those who don’t know) is a biracial man, so why are some people still fixated on the hateful perspective of interracial relationships? It kind of reminds me of the mindset many Whites had in the 1800′s (and currently, too) that Blacks should be picking cotton in the fields while they reap the benefits, or the idea of the “Whites only/Coloreds only” water fountains during the Civil Rights Movement.

No one person should “belong” to another race; when it comes to the heart, there are no boundaries to who should love who, or to what extent or group someone should be loved. This is a free country; if a Black woman wants to date a White man, that’s her decision. The same should go for a Black man dating a White woman; the attraction to another human singularly determined on race or ethnicity is RACISM, and it’s a choice that some of us consciously make! Whether you choose to love or marry someone of your own race or not is your decision, but forcing that opinions on others or making others feel “less than” because of that is simply heinous.

Let me know what you think about this commercial.  Will you continue to buy Cheerios or will you stop?  Are Blacks just as racist as Whites?  Do you feel they are just making a big deal out of this for no reason?