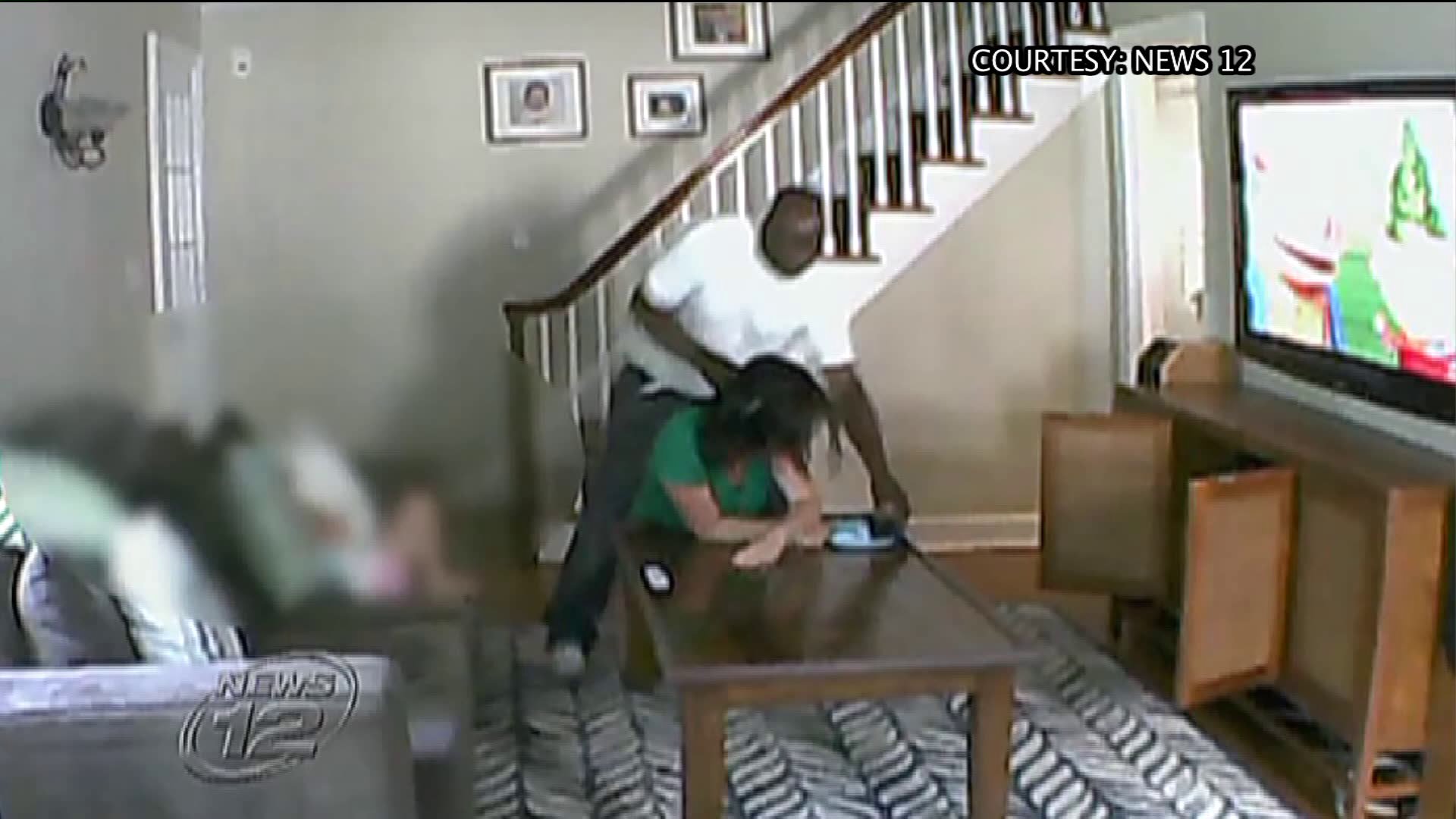 Home invasion woman attacked in front of 3 yr old child! The woman’s daughter sat on the couch as her mother was brutally attacked. The man is described as a 5 foot 11 two hundred and ten pound black male; the authorities say he man took off with an undetermined amount of jewelry following the 10:30 a.m. attack. The woman’s 18 month year old daughter was reportedly upstairs sleeping during the beating however the 3 year old was right there when it happened and witnessed the whole thing.

“I knew if I started screaming my daughter would, too, and I was afraid she would get hurt,” the young mother told news 12. “I took it. I didn’t cry the entire time.” The midday attack is shocking because of how safe the town is even a police officer lives on her street but the in the world we live in no one is safe. Police said the man made off with the woman’s wedding ring among other stolen items. The woman was treated at the hospital for leg and face injuries suffered at the man’s hands. The reason the police asked for the video the nanny cam caught is because they wanted to show how vicious and violent the man is and that they want him caught! My issue is what kind of effect could this have on the young toddler. Many children who are exposed to things such as what happened to this one’s mother can take a great effect on their future. Whenever it is something as severe as is some children don’t forget.

The mind is a very complex matter, it has a tendency to remember some of the worst moments of our life he best. However, we always must remember that the worst moment of your life could be your biggest learning experience.