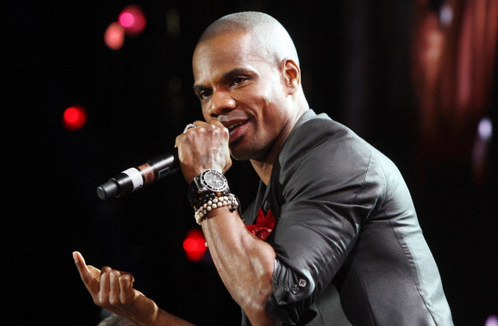 Grammy Award winning gospel musician Kirk Franklin. One of the best gospel songwriters ever also, one of the best selling gospel artist in the game! Gone Gospel will be the name of the upcoming show that will premiere on BET. The date it will be announced is still unknown, but with Kirk Franklin hosting the show we are truly in for a treat. Franklin, 43, recently gave his fans some insight into his hard upbringing before he became a well-known face in the gospel music world.

“I was adopted by a 64-year-old lady and we were raised in really difficult times. You know, standing in line to get the block cheese, getting the tough jeans,” Franklin revealed on Shade 45′s radio show “Sway In The Morning.” “I had a sister that had a real bad drug problem. She spent over a decade in prison- prostitution. So, we lived that life and it was a difficult life,” He continued. “Gone Gospel” is a competition that will give popular musicians from the past the opportunity to endure a gospel boot camp and change their lives by creating their own personal inspirational music, according to www.digitaljournal.com. Numerous gospel greats will serve as mentors through each challenge in a musical and emotional journey. The gospel musician said he developed his Christian faith further when one of his close friends was killed as a young teenager. “I was 15 when my dude got killed and when he got killed is when I got closer to faith,” Franklin revealed to host Sway Calloway. “That’s when I really just developed my own relationship with the Lord.”