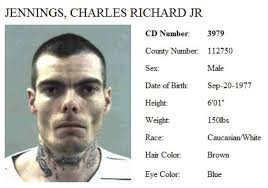 I’ve heard of in-laws being a hassle but to actually kill one is a bit too much! You would think you would be safe in church, guess not. Members of a catholic church shooting in Utah were sent hiding under the pews during a Sunday service. A tattooed man entered and that was not the only thing he had on him. Cops say a man was shot in the back of the head, turns out the man shot was the tattooed mans father-in-law! Charles Richard Jennings is the shooters name and at 11:30 made the worst decision of his life. Not only did he kill a man but tried to get away in a stolen pick-up truck! Jennings was captured later after a brief but frenzied statewide manhunt. His father-in-law, who was not identified, was in critical condition at McKay Dee Hospital, the station said. Cops said Jennings specifically targeted his victim. Rev. Erik Richtsteig said, “Nowhere is immune from evil and it’s what people do when they’re confronted with it that really shows their character and I’m really proud of my people here at the church.”

Not only was it terrible that it was in church yet it was during communion I sacred tradition for the catholic/Christian faith! What has the world come to where we have no remorse or people have no type of sub conscious telling them maybe doing evil is a bad idea! Nobody deserves to be killed, absolutely no one.  Didn’t this just happen this past Easter? Also at another Catholic church some members were stabbed in the choir loft! Many my question how does people get angry to the point where they are ready to kill! There are a few different types; chronically aggressive individuals, The over-controlled hostility type, the hurt and resentful, the traumatized, the obsessive, the paranoid, the insane, and just plain bad & angry. Now many of these traits many people have but if you take the appropriate steps they can be treated and hopefully resolved. The people who dont seek help or treatment act out such as this.