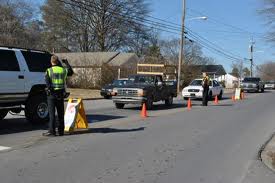 Over last weekend not only were the police asking to see your license, but a mouth swab or blood test! The drivers who went through with the testing were allegedly compensated. Agreeing to the mouth swab they paid $10 and for the blood they paid $50. “They’ve got big signs up that says paid volunteer survey” and if they want to participate they pull over there and they ask them questions and if they driver decide not to they drive off,” said Freddie Turrentine.

The police officers say that they are with pacific institute for research and evaluation. But shouldn’t there be a better way to check for voluntary collection of fluid samples? My question is, since when does a research group use police officers to take blood samples? Also, there is a kind of intimidation that comes into play if the police ask you for a mouth swab or a blood sample.

Do you think that this could just be another way police crackdown on criminals? The DNA in a blood sample can give away someone’s age (albeit with a margin of 9 years) DNA testing can predict a person’s eye color; work on hair color, skin color, and other traits are in progress. After all, when someone is suspected of a crime, or charged, a conventional DNA finger printing test can determine if his or her DNA testing matches traces found at the crime scene. So in a since though it be odd it could actually be a good thing in two ways. If they are actually doing research then it could actually benefit the community. Also, if the police are just using this to get blood samples in area where a suspect has been then it could also be good for the community. What do you think? Would you give your DNA o the police?