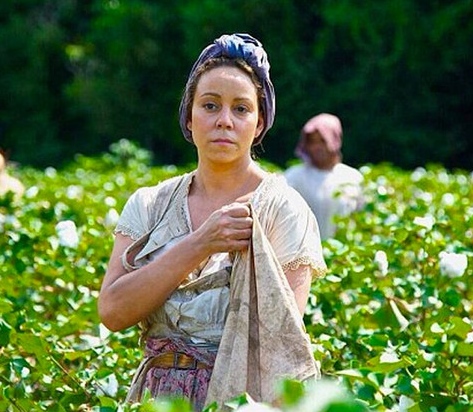 Mariah Carey’s picture of her playing a slave in the new movie “The Butler” went viral and sent people into frenzy. People are saying things such as “She wouldn’t even be a house slave, she could pass as white,” and another posted “Zoe Saldana is Nina Simone and Mariah Carey is in the fields taking good slave acting jobs from dark-skinned people.”

Daniels’ choice to cast Mariah Carey in this particular role raises the question in some folks’ mind about whether he took the time to gather historical facts. Others believe that the media has brain washed us into believing that slaves were always separated by the tone of their skin, which wasn’t always the case. Slaves with light skin weren’t always granted immunity from picking cotton in the field just the same as all dark-skinned slaves weren’t banned from working in the house.

Mariah Carey taking this role is a great thing. It shows the world that just because you may have a lighter shade in slavery times, you could still be put to work in the field. Her playing this role contrasts the role Halle Berry played in the movie “Queen” a daughter of a plantation owner living on both sides of slavery being black but also being confused and perceived as Caucasian. Yes there were many cases where a slave bearing lighter skin was a result of a slave owner having his way sexually with one of the female slaves. In this case more often than not the children were still confined to slavery but were used as house slaves because of their blood relation with their owner. The to this movie trailer gave me chills; this is definitely a must-see film for 2013. Originally, I was going to comment on the stupidity that Mariah Carey couldn’t play a field slave, however, I feel that people should study up on US history and understand what part in our history slaves really played, then they will understand that anyone could have been a field slave even those that seemed to be in charge may have been an indentured servants. Ignorance is not attractive at all! Even in today’s society where we have a Black president, we still find ourselves having the debate on colors.