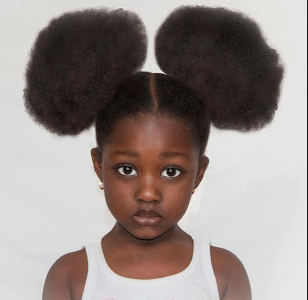 Celebrity chef Paula Deen has already fueled the latest race relations debate among the public and now the kids take a direct hit. According to Black Media Scoop, a school in Ohio has allegedly banned hairstyles that are specifically popular for Black kids. That means no afro puffs, braids, twists, weave and or “tracks”!

BMS reported that Lorain Horizon Science Academy notified parents via letter that kids were no longer allowed to style their hair they way many Black people do their hair. The letter was to inform parents about the new dress code and apparently the “Black Hair Ban” is a primary focus for the school.

BMS also reported that bleaching or coloring was no longer allowed (I guess that one mainly applies to the non-ethnic kids) but what options does that leave the parents of little Black girls when it comes to styling their hair? Black people are known for their different textures, shades and styles of hair. Does that mean the parents at this Ohio school will be forced to perm and or straighten their little girls hair prematurely?

Racism and discrimination is always and probably will forever be a touchy subject. But if Black girls in Ohio are being banned from expressing their culture and individuality, shouldn’t that be applied to all the kids? For example, no more long, flowy pony-tails, hair past the shoulders, head-bans, hair clips, ribbons and abstract cuts that are predominantly popular among Caucasian kids.  What was the reason behind this seemingly targeted rule change? Were the Ohio Black girls’ hair styles a distraction to other kids because they were different? Is this even a necessary rule change?

Parents what are your thoughts on this? Would you conform to the schools new rule change? Should this new rule be applied to EVERY child? Black people are not the only demographic that use hair extensions. They’re just commonly know as “tracks” in the Black community. So that means no extensions or add-ins for any kid.

Tell me your thoughts! Is this another racist jab to the Black community?