In between kissing girls and wearing cupcake bras, the “California girl” Katy Perry opens up about her famous relationships and failed attempts at love.  It’s no secret that Perry has been connected to several high profile men in the industry. She’s beautiful, talented, successful and one of the biggest pop stars in the world, yet love just doesn’t seem to love her. 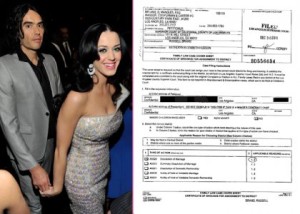 In the June 2013 issue of Vogue magazine, the “Hot and Cold” singer recalls her most notable relationship; her marriage to comedian Russell Brand. In the article Perry insinuates that her marriage failed because of her success. “At first when I met him, he wanted an equal and I think a lot of strong men want an equal, but when they get that equal and they’re like, I can’t handle the equalness,” she tells Vogue. “He didn’t like the atmosphere of me being the boss on tour.”

This poses the question; do men really want an equal and independent woman? It’s no secret that in the past men were the sole bread winners in the family while the women stayed home and reared the children. Even the bible says that the man is the head of the household, but in the modern 2013 world of wining, dining and courtship, do those same philosophies still apply?

Women have fought for suffrage, equal pay and the right to choose what to do with their bodies and have made positive strides in all areas. Long gone are the days when women only worked as teachers, nurses and secretaries. The damsel in distress is but a distant memory. While most new age women can boast about their status as “independent”, many still desire that title of “wife”.

It seems that some men still have an underlying and undiagnosed case of “Knight in Shining Armor Syndrome”. Not familiar with the term? That’s okay; it’s when men have the desire to, metaphorically rip open their dress shirt, revealing the “S” on their chest, step in and save the day (preferably with their capes blowing in the wind for dramatic effect).

According to Suzie A., of singledatingdiva.com, men need to feel needed. Their role as “kings of the castle” haven’t changed, but their queens have. Men need to feel that their presence is appreciated and that they need to feel secure in their relationship, Suzie blogs. Perhaps Perry didn’t make Brand feel secure in the marriage. Maybe he didn’t feel that his presence was appreciated. It’s even a possibility that Brand just couldn’t handle the star power that Perry possesses. Who knows?

Are men simply intimidated by strong women? Are successful women asking for too much? Can women have it all, career and love? What do you think?