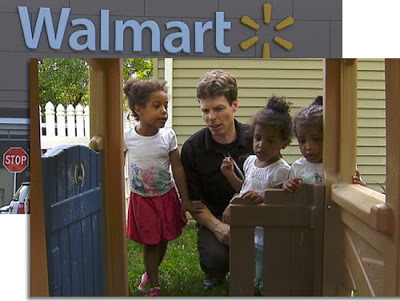 A Wal-Mart security guard accused a white man of kidnapping his own bi-racial children! Joseph and Keana a bi-racial couple vows to never shop at Walmart again. Apparently a customer and the security guard thought it was odd to see a white man with three what appeared to be black children. So after picking his wife up from work, when they arrived home they were shocked to see the police! The police officer, “He asks us very sincerely, ‘Hey, I was sent here by Walmart security. I just need to make sure that the children that you have are your own,’” Joseph said. “He took my ID and asked my 4-year-old to point out who her mother and father were.” After this Keana called the Walmart and the security officer blamed they customer saying that “Well, the customer was concerned because they saw the children with your husband and he didn’t think that they fit”. And Keana said, “what do you mean by they don’t fit?” And she was trying to get her to say it. The security guard says, “Well, they just don’t match up.” My question is what made this man so different from someone like Brad Pitt and his adopted African children it’s the year 2013 seeing a white man with black children shouldn’t cause concern to anyone. 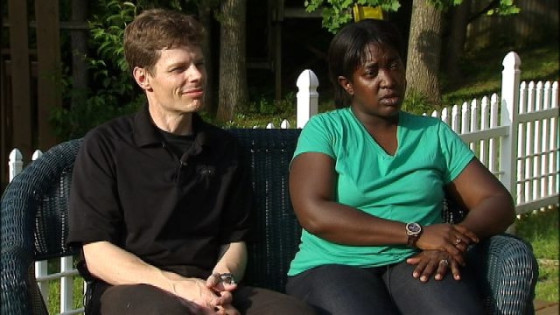 Could this be another sign of racial profiling in the world we live in, I say yes! There are no barriers to stop love anymore; anyone of any ethnicity can be together if they please or adopt children of another ethnicity. What could have caused the customer or the security guard to believe Joseph kidnapped his own children? Were they looking scared, acting out or trying to run away, screaming or even crying No! Racial profiling is something that should not be allowed anywhere; I don’t know what Wal-Mart management will do with the security officer. I hope some kind of suspension or have a serious meeting with him about it!

Dr. Martin Luther King Jr. said, “I have a dream to live in a country where my children will not be judged by the color of their skin, but the content of their character”. Very powerful statement, that obviously still applies to us today. Love sees no color, especially when it comes to family.