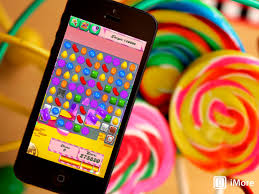 The internet is so prevalent in our daily lives that we sometimes we forget that we used to function without it. Older generations can really appreciate the convenience of the internet because they knew how the world operated and accomplished things without having the answer presented in ten seconds or less.  Do you find yourself spending hours on end on the internet.  Facebook now offers games to keep people on their site and engaged for hours.  Are you addicted to candy crush or other Facebook games? On the flip side, the majority of younger generations have always had the internet readily available. Even if they were not fortunate enough to have access to it at home, schools, libraries and wi-fi still made it possible for them to take part in the phenomenon. But is too much internet access a bad thing? According to US News Health, an abundant amount of internet usage is linked to teen depression.  According to US News, “teenagers who have an unhealthy dependence on the Internet are almost twice as likely to become depressed as other teens…”.

The researchers tracked 1,041 teenagers, finding out how much they used the Internet and whether that use was unhealthy. They used surveys similar to those used with pathological gamblers. A typical question asked: “How often do you feel depressed, moody, or nervous when you are offline, which goes away once you are back online?” The vast majority of the teens, 94 percent, weren’t pathological Internet users. But 6 percent were considered moderately at risk. Nine months later, those students were one-and-a-half times more likely to have symptoms of clinical depression than teens who were less dependent on the Internet, though they had not been depressed before.

Think about all the social media sites you know of that are available online outside of Facebook and Twitter. Now think about how many your kid knows about that you don’t. They could be spending hours reading through profiles, looking at pictures or commenting on statuses that have nothing to do with their everyday lives. Therefore leaving them less time to get work accomplished and making them feel like using the internet and or social networking is a necessity.

1. Are you preoccupied with gambling (e.g., preoccupied with reliving past gambling
experiences, handicapping or planning the next venture, or thinking of ways to get money with
which to gamble)?
2. Do you need to gamble with increasing amounts of money in order to achieve the desired
excitement?
3. Have you made repeated unsuccessful efforts to control, cut back, or stop gambling?
4. Are you restless or irritable when attempting to cut down or stop gambling?
5. Do you gamble as a way of escaping from problems or of relieving feelings of helplessness,
guilt, anxiety, or depression?
6. After losing money gambling, do you often return another day to get even?
7. Do you lie to family members, therapists, or to others to conceal the extent of involvement
with gambling?
8. Have you committed illegal acts such as forgery, fraud, theft, or embezzlement to finance
gambling?
9. Have you jeopardized or lost a significant relationship, job or educational or career
opportunity because of gambling?
10. Do you rely on others to provide money to relieve a desperate financial situation caused by
gambling?

***Based on careful research and clinical experience, the authors of this symptom list concluded  that five or more positive, or “yes” responses indicate a diagnosis of pathological gambling.

In order to help correct the problem, set limits on your child or teens internet usage especially if you’ve noticed that they seem to have an addictive behavior towards the internet. Like they have to check Facebook as soon as they get home or have gotten into trouble at school multiple times for using social networks and unauthorized internet sites during class times.

Again, if you or someone you may know is indeed depressed or has some other mental disorder, please seek immediate attention by a medical professional.