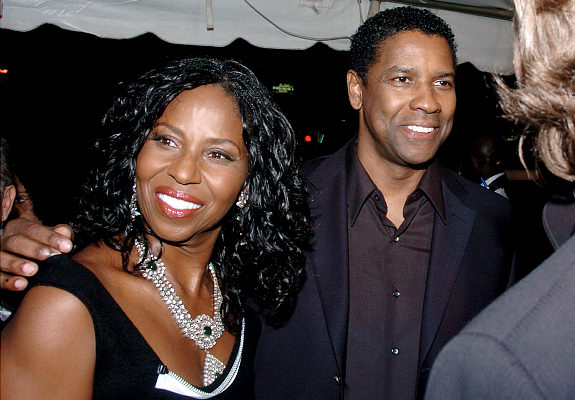 Denzel Washington A Cheater? Flight star Denzel Washington has been married for 30 years, but despite a seemingly idyllic relationship with his wife, he is now caught up in a cheating scandal as photographs of Denzel apparently with and kissing another woman are being shopped, RadarOnline.com has learned exclusively. Denzel, 58, and his wife Pauletta, 62, recently did an interview with Ebony magazine giving what called a “rare portrait” into “one of Hollywood’s longest running couples.” But several photos that have been shopped to various media outlets appear to show Denzel with another woman and kissing her on the lips, in what appears to be a passionate moment.

Those photos are a stark contrast to what his wife Pauletta recently told Ebony. “I live with this man. I see the down part. I see the sad part. I see every part,” Pauletta told the magazine. “He has and knows he has stability in me as his wife. That’s what gives him strength, regardless if he misuses it. I can’t dwell on that. But I do know that gives him a great platform to go and fly.” But allegedly is Denzel flying with another woman? Four photographs, seen by Radar and shopped to other media outlets, show him sitting on a couch with a young lady, and then throughout the series of pictures he grabs her arm and pulls her in for a kiss on the lips in one.

The woman is not identified and Radar was not able to verify the authenticity of the photographs. One of the most admired men to be in this kind of spotlight will it have an effect on his career I can’t say all we can do is pray!