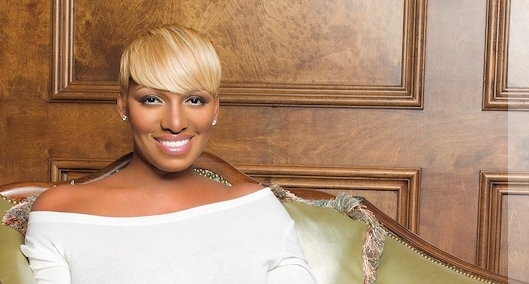 According to Blackmediascoop.com  NeNe Leakes is being sued by a wedding planner.  The wedding planner, Tiffany Cook, states that NeNe signed a contract and even put a $18,750.00 deposit down for the event.  NeNe revealed who her real wedding planner was, Mr. Tony Conway.   NeNe also released that her producers of her show, True Entertainment, paid for her wedding.   The new show surrounded by NeNe’s wedding is scheduled to air September 17th, 2013 on Bravo.  People pray for success but rarely do they think about the consequences and the cost of fame.  Ever since Nene has graced the screens of our televisions she has been thrown under the bus.  She has been the face of ridicule and drama.  Her entire life has been put on display for the world to critique.  How would you handle such pressure? 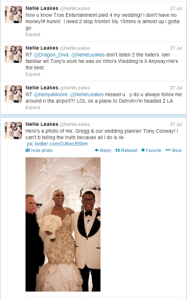 “I have arrived and the spotlight is on me, honey,” Linnethia “NeNe” Leakes said in the opening of the Real Housewives of Atlanta. Apparently Leakes’ tagline rings true as she capitalizes on the platform that the realityshow has given her and as a result, she has landed other roles. She has a reoccurring role on Glee and The New Normal, but this new repeat role may be her greatest yet, wife. Everyone was shocked in 2011 when she and husband of 13 years, Greg, divorced.  They lived the single life for a while, but over the weekend, in front of their families, friends and the eyes of God, exchanged vows. Again.

According to StraightfromtheA.com, the bridal party was reality star studded. Television judge Greg Mathis officiated the ceremony and RHOA cast member Cynthia Bailey was a bridesmaid as well as Jennifer Williams and Laura Govan, both from Basketball Wives LA. Singer from the group En Vogue was also a bridesmaid.  Ex husband of Star Jones, Al Reynolds was listed as a groomsman.

Didn’t get an invitation? Don’t fret; the wedding will be aired on a BRAVO special entitled, “I Dream of NeNe: The Wedding” scheduled to air fall 2013.

Be sure to tune in and let me know what your thoughts are.   In the mean time see if you can guess what type of relationship Nene and Greg are in outlined in my NEW book “Am I in a Bad Relationship“.