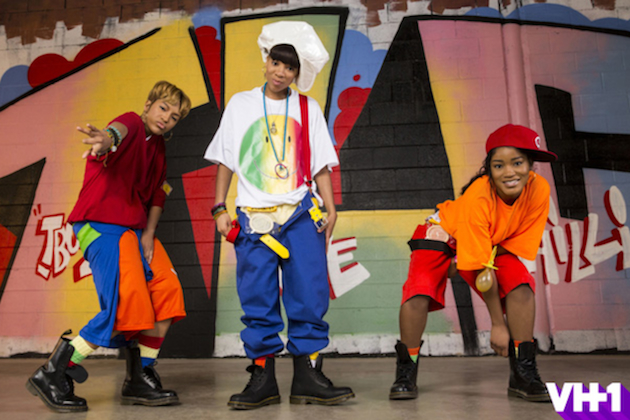 Lil Mama, KeKe Palmer, and Drew Sidora will be starring in New TLC Movie Coming Soon! TLC was one the hottest girl groups of the 90’s and had one of the biggest fan base for female groups next to Destiny’s Child. The preview of the movie shows the positivity and laughter but I wonder would it show what happened behind the scenes.

Though the group was very successful each member had their own trials in life. The lead singer and the face of TLC was Rozonda (Chilli) Thomas at the age of 20 became pregnant with Dallas Austin’s child. Tionne (T-Boz) Watkins was struggling with Sickle Cell disease and finally the most controversial member, the late Lisa (Left Eye) Lopez had some of the most physical, mental and spiritual conflicts. In 1994 after being beat Left Eye burned down her home she shared with her then boyfriend Andre Rison. Being put on probation for five years and being sent to a halfway house didn’t help her shake the incident from her reputation. In her last and final days in 2002 she filmed a documentary showing her spiritual side and talking about the metal issues she was facing. Work was causing her to stress which caused her to drink which caused depression. Signs and symptoms of female depression include…

Alcohol abuse is a major effect of depression. It is in anyone’s best interest to go visit a mental healthcare provider or seek professional counseling. Though Left Eye wasn’t always an angel and T-Boz was struggling with Sickle Cell and Chilli was a young parent they all came together to make one of the best female R&B groups of all times.