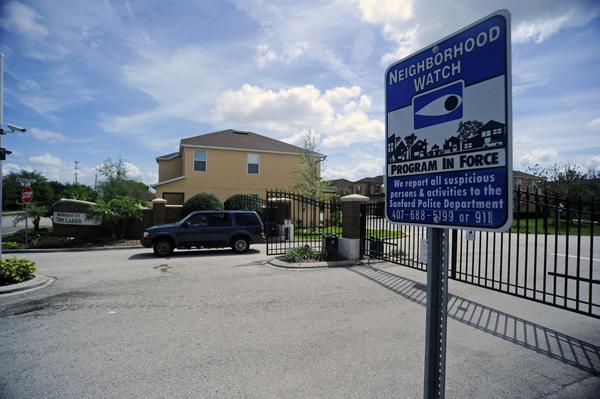 Bad for business, many believed the outcome of the Zimmerman trial was a slap in the face of African Americans that racism still applies in the judicial system. However allegedly, Sanford Businesses Spiral down after Zimmerman Trial!  Several businesses in Sanford said they’ve been suffering ever since the start Zimmerman trial. They said business hasn’t gotten any better after the verdict. Theo HollerBach, owner of the Willow Tree Cafe, said business was growing over the last 12 years the cafe has been in the same downtown spot. He said customers have been cancelling reservations ever since the start of the Zimmerman trial. Hollerbach said sales are down almost 10 percent. “People are thinking the things that are happening in other areas of our country are happening in our town,” Hollerbach said.

Jeanine Taylor said her art gallery, Jeanine Taylor Folk Art, is also taking a hit. “Some of my customers have said that they are concerned about coming up,” Taylor said. Many people have even said that their friends are even afraid to come to Sanford and some have even refused. The Sanford Police have said that there have been no violent attacks since the Trayvon Martin Shooting. Residents are saying that the neighborhood is split. Many believe that the case was not justified and others that knew or knew of Zimmerman believe that it was because they don’t think that he was the type of person with intent to kill (even though he had a gun) Resident Bobby Brinson Said “It’s Like a ghost town” “People are afraid to walk around anywhere”. I feel that the community took the biggest hit now they are loosing business many may characterize the other Caucasian people there as racist because of one man’s actions. A once community people would have loved to move into and possibly raise a family in are now loosing residents because of the incident which transpired between Trayvon Martin and George Zimmerman a split community is now in question will it ever grow again. It is very likely that people will eventually move past what happened but they will never forget!