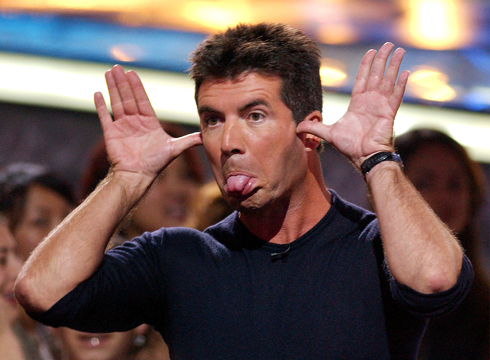 Oh, snap! Someone call Maury. Simon Cowell gets best friend wife pregnant! A new report coming out of Us Weekly claims that the 52-year-old Simon Cowell got 36-year-old Lauren Silverman pregnant. This is big news considering that Lauren is still legally married to Simon’s good friend, Andrew Silverman. Andrew and Lauren have been separated for quite some time now, and during that time, Simon and her apparently got very close. Allegedly, A source told the magazine the following, “Lauren and Andrew have been unhappy in their marriage for some time, and their divorce has been in the works for a while. As their marriage deteriorated, she and Simon became close.” Yeah, it looks like they became a little too close. How are you going to get your friend’s wife pregnant? I know they’re in the middle of divorcing, but the ink isn’t even dry yet! At least give your “bro” some time to heal before shooting your seed in his girl. At one point Simon said he did not ever want children that they require a lot of attention and sometimes you just want to sit in a corner and just think. His tune changed a little last year. “Well…yes and no. I do really, really like kids, because I can talk to them and listen to them. The problem has always been how much time you need to devote to bringing up kids. I’ve always dedicated all my life to work, and at 52, I’ve probably missed the opportunity.” She’s apparently ten weeks along, and plans to leave her hubby for good so she can raise the baby with the notorious cad. We don’t know anything about their marriage, so they may have an odd arrangement that allows for this type of circumstance. However, we can’t help but imagine that this guy may be a little miffed that his supposed BFF is going to be shacking up with his current wife. This really puts a damper on all future yacht vacations! Many of us have dealt with a cheating spouse or lover. However, how do you handle when your spouse cheats and a child is a result of it? Let me know what you think?