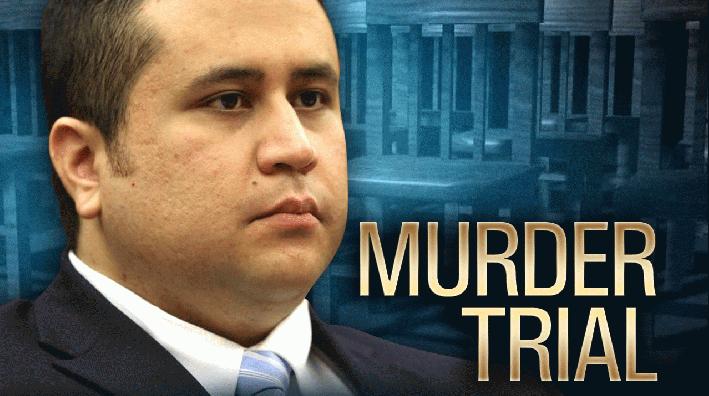 Week 2 kicks off in Zimmerman trial! Today the lead police detective who investigated Trayvon Martin’s fatal shooting last year is returning to the stand. Detective Chris Serino testifies for a second day about his investigation into the fatal shooting of the Miami teenager by George Zimmerman, a neighborhood watch volunteer. Zimmerman is claiming self-defense and pleading not guilty to second-degree murder. The prosecution began the second week of testimony in e George Zimmerman murder trial with a voice analyst who said it was “impossible to determine” the age of the person who screamed.

Hiroaka Nakasone, an FBI Audio voice analyst who examined eight audio recordings related to the February, 2012 shooing of Trayvon Martin, said he was unable to identify or even peg an age to the person whose screams were heard on tape. He said the pitch of one’s voice goes “all over the place” under extreme stress.  Zimmerman age, 29, could get life in prison if convicted of second degree murder. The state argued during it’s opening statement that Zimmerman profiled and followed Martin in his truck and called a police dispatch number before he and the teen got into a fight. Zimmerman has denied that the fight has anything to do with race. So the question is up in the air that what made him suspicious because anyone could wear a hoodie.

In listening to the audio of the 911 call made b a neighbor it is very scary to actually hear the scream and then a gunshot. It’s being said that no one can determine who was screaming but if Zimmerman had control and a gun why would he scream???  One of he more memorable moments came when Zimmerman’s defense attorney asked Martin’s friend and last person he talked with on the phone Rachel Jeantel, If Trayvon lied to her. Because he didn’t want her to know if he decided to assault Zimmerman that night she replied “That’s real retarded sir. That’s real retarded to do that sir. Why on earth- Trayvon did not know (Zimmerman),” Jeantel replied. I pray that when this trial is over that justice is served!!

Check out other blogs related to this one also here at www.askdro.com