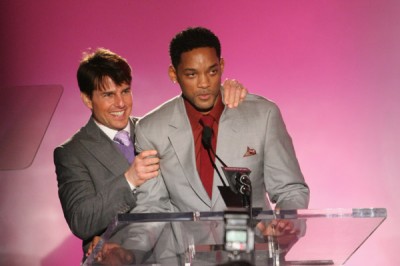 Scientology has been getting a bad rep lately not only from non-followers but even from some of its former members such as actress Leah Remini, who left the religion a few weeks ago and world renowned actor and Scientologist Tom Crusie’s ex-wife, Katie Holmes. For those not familiar with the practice of Scientology, Wikipedia refers to it as a religion that teaches people they are ” immortal beings who have forgotten their true nature”. They use a method called “auditing, in which practitioners aim to consciously re-experience painful or traumatic events in their past in order to free themselves of their limiting effects”. Interesting  to say the least for those outside the walls of Scientology.

So that’s a little bit on Scientology, but that’s not my focus for this post. Hollywood favorite couple Will and Jada Pinkett-Smith started/funded a private elementary school, New Leadership Academy, back in 2008. The favorite Hollywood couple has been rumored to be Scientoligist for years but many sources claim they have denied these accusations. Anyway, the school the two had been funding and were also found to be on the school’s board of directors, has been shut down and the closure is rumored to mainly be because of Scientology methods practiced in the school.

According to The Underground Bunker, a former teacher from the school gave some inside evidence that pointed to the Scientology accusations saying that “New Village Leadership Academy made use of Scientology founder L. Ron Hubbard’s “study technology,” “. You might be asking why is a supposed Scientology school getting so much flack? Well, that’s because other sources claim that the parents of the students that formerly attended the school were unaware of some it’s teachings and supposed Scientology background. Many claiming the school was trying to hide or cover up those aspects of it’s cirriculum.

As reported by Underground Bunker:

Our source who taught at the academy told us that not only were the children at the school learning Scientology’s “study tech,” but also concepts of Scientology “ethics” were being introduced to students. (The church’s “ethics” generally contain policies that reinforce Scientology’s systems of interrogation and control.)

Several sources have reported that the school officially closed on June 28 2013, but the news has been pretty quite. The Church of Scientology is known for its secretive nature to outsiders, so if Will and Jada are indeed a part of the religious organization, that would explain why the matter has been handled so quietly.

Underground Bunker also reported that finances had a role in the school’s closure as it failed to be self-sufficient saying that in 2011, tax returns discovered that “the school had taken in $2.1 million in contributions, down from $2.8 million the year before” and that Will and Jada funded the institution for three years thinking that once that time was over, it would be able to run on its own. Unfortunately, with that and the Scientology background allegations, that was not the case.

What do my readers think about this? I have not seen this on any national news sources and that’s kind of uncommon for a scandal such as this being associated with such big names in the industry. Do you think there’s any truth to the Scientology rumors in the school? Maybe that would explain why it’s been so hush, hush.