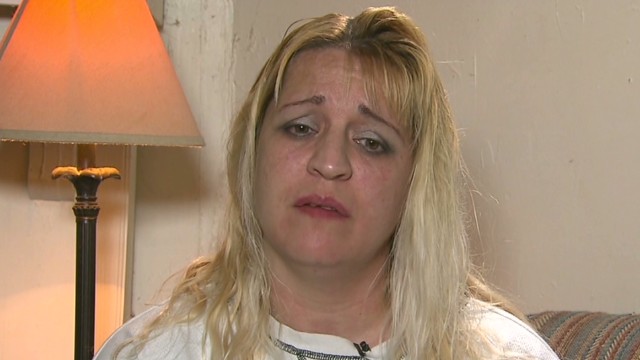 Brunswick Ga woman lied about her baby’s death! Brunswick, Ga. resident Sherry West, 42, mother of baby Antonio Santiago slain on March 14, 2013, told CNN’s Piers Morgan she wants the alleged teen killers to die during an on-camera interview. “A life for a life,” she said. De’Marquis Elkins, 17, and Dominique Lang, 15, were arrested and charged with murdering the 13-month-old. Their trial was set for this August but their public defender, Jonathan Lockwood, uncovered some shocking evidence She lied! The gunshot residue was found on both West and baby Antonio’s father, Louis, who was initially, reported nowhere near the crime scene. Also, West’s daughter Ashley Glassey, 21, said she didn’t want to wrongly accuse her mother but had her doubts because her stories were conflicting and she may have committed the murder for insurance money.

“He went nuts … he was throwing things through the window and terrorizing me, saying that I killed my baby and it should have been me,” West tells CBS. So now this is a monumental issue. You have two young teens who have been convicted with murder. However, you have a mother who lies about a person’s whereabouts in a serious investigation. The other teenager accused of being Elkins’ accomplice is Dominique Lang, who was 15 years old at the time of the shooting. Although Lang is a minor, HLN is identifying him because he is charged as an adult and media outlets have been naming him since his arrest. Lang has also pleaded not guilty to the multiple charges against him, which include felony murder. He will go on trial later, separately from Elkins, and also faces life in prison. That’s what makes this case so serious because these are young men lives 10 to 15 years in jail is almost a lifetime in the world. Also, for her own daughter to say she believes that her mom could be a suspect should open everyone’s eyes!