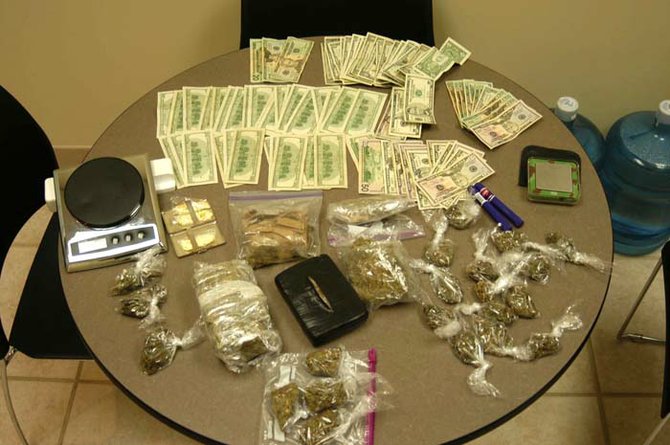 A Murfreesboro, Tennessee man had a rather dopey idea when his safe full of weed got stolen: he asked police to get it back. Drug dealer asks police to find his stolen Kush and money idiot! 19-year-old Morgan Tapp called police Aug. 1st to report an alleged home invasion, telling police that the only item stolen was his safe, according to a report by WGNS Radio.

Only a few hours later, a safe matching the description was found by detectives. As they waited for Tapp to come pick it up, a K9 officer was alerted to the safe, “indicating the odor of narcotics” was coming from inside, The Murfreesboro Post reported. Police asked Tapp if they could open the safe. “He agreed and opened the safe, where a half-pound of drugs was located in glass jars, plastic bags used for redistributing Kush, a bag with pills and $930 in U.S. currency,” Detective David Harrison Jr. said. The victim became a suspect after allegedly admitting the drug money was his, and that he sold drugs for a living. Tapp was arrested and charged with felony possession of a Schedule VI substance. Confidence can be the undoing of criminals, like 25-year-old William Mavrides of Massachusetts, who allegedly bragged to a plainclothes officer that he was a wanted man. How high do you have o be to do something as dumb as this is my question. Could it be that he was in fact high on some type of drug I don’t know however, if you were the cop how would you have had responded?