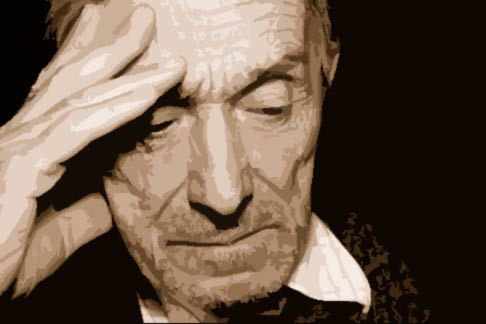 I think most people look forward to the day when they can retire from their 9-5, travel the world and live life on their own time. After being in the work force for 40 plus years, how nice it must be to be 65 and financially stable enough to wake up late, get a new hobby or take a trip at the spur of the moment? Yes, the golden years are sweet and serene for some but for others, it’s the beginning of a downward spiral. According to The New York Times, suicide rates among the elderly are on the rise.

As reported by The New Old Age Blog in The New York Times:

Though suicides among older people have declined in recent decades, most likely as a result of improved screening and treatment for depression, they remain disturbingly high among men. Suicides by women decline after age 60, but the rate among men keeps climbing. Elderly white men have the highest rate: 29 per 100,000 over all, and more than 47 per 100,000 among those over age 85.

Are you surprised at the findings? Let’s examine the issue for a second as to why the numbers are so staggering. The longer you live, the more things you endure, experience and suffer through. The sad truth is is, there are many elderly people who are cast off and forgotten about. Family members often place their elderly into nursing homes or other senior living facilities and rarely visit/contact them. Elderly people who lose a spouse often have a hard time recovering/coping with the loss and a great deal of elderly people also deal with physical ailments and disabilities that contribute to their wanting to just “get it over with” suicidal attitude.

The NY Times confirms this by reporting that factors in late-in-life suicide can also  include but are not limited to the “inability to function in daily life, fear of becoming a burden, social disconnection, isolation and retirement”. In addition to this, NY Times also reported that elderly White men were most likely to commit the act.

So, what can we do to help our seniors continue to feel the zest in life? I say something as simple as spending time with them. Take them out for a meal once a week. Help them clean up their home. Take a short trip together. They don’t have to be related to you either. Just like children, there are plenty of neglected elderly people who need someone to show they love and care for them. Of course, some people have bigger demons than others that adequate quality time alone cannot cure (these people would require actual professional medical attention), but I do believe that showing some genuine compassion would help a great deal.

Do you agree with these numbers? How do you view the elderly community?