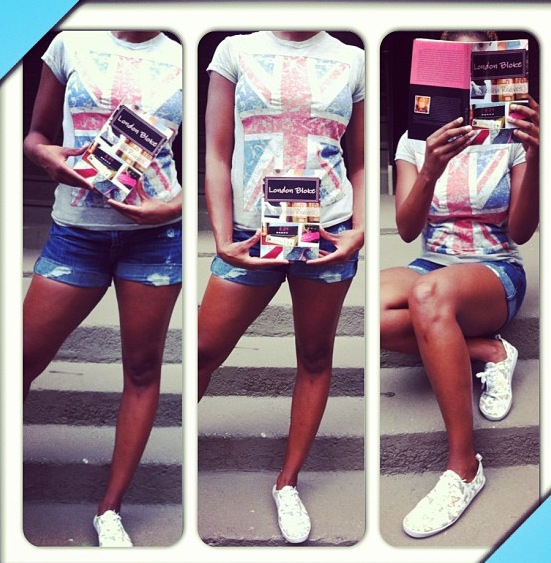 British flags were hung sporadically throughout the Atlanta, GA venue. A table of lavish appetizers and assorted desserts lined a feature wall and bottles of wine, champagne and other beverages completed the spread. Well-dressed adults from every walk of life all came out with one agenda, to celebrate Keisha Reaves and the release of her first book, London Bloke.

London Bloke is a clever romantic comedy set in London. The rom-com focuses on Bailey, a 28 year old Psychologist approaching her 29th birthday. She is dating successful playboy Charlie Barr. Their six year relationship has a series of ups and downs and eventually Bailey has to make a life and love changing decision. She must decide if she wants to give old love another chance, explore the potential of new love or find happiness alone.

When you first peruse Reaves’ resume, you wouldn’t expect this mental health therapist from Milledgeville, Georgia to have a passion for writing, but she does. “I’ve been writing since I was literally in the second grade,” she said. “My first book was about a duck joining ballet with a group of swans…a children’s book full of illustrations. From then on, I’ve written as much as possible. London Bloke is my first published book, but my fifth written book.”

So why London Bloke? Reaves has a loaded arsenal of literary works, so why did she chose this one to publish independently and release first? “I chose London Bloke to be my first book because it’s simple, an easy read…and relatable,” she said. In addition, it’s easy on the wallet. The paperback version sells for less than $10.00 and the Kindle version sells for less than $5.00.

As a therapist, Reaves has to be a good listener. Day in and day out she listens to people express their celebrations and disappointments with their lives, but now she has something to say. “I want people to know who I am and that I’m a writer,” she declared. To see more informal tales of Reaves’ life, love, food and fashion, visit her blog http://reavesk.blogspot.com/.

So what’s next for the Georgia Peach? “I’m not looking to be a New York Times Best Selling author, but I do want to share my work with the work. Initially I thought that I just wanted to publish my book as something to check off the bucket list. Now that it’s done and I’ve thoroughly enjoyed the ride, I can’t stop now.”