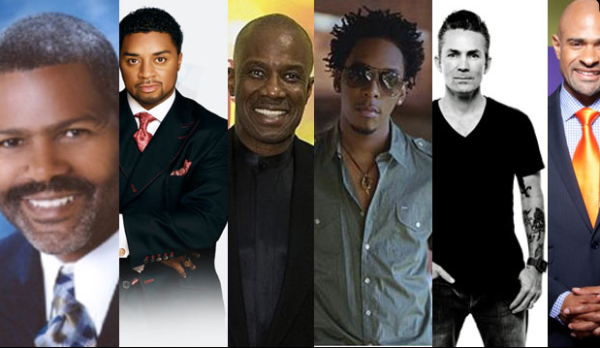 In the wake of the reality show popularity wave, it’s not surprising that anybody who’s a somebody would try to jump on the bandwagon and that includes the church community. Traditionally, many members of church society such a pastors, bishops, pastor’s wives and pk’s (preacher’s kids) have been less enthused to have their lives displayed in the public. But not any more! With the arrival of TLC’s The Sisterhood, LifeTime’s Preacher’s Daughters , The Sheards on BET, and MaryMary on WeTV, I figured it wouldn’t be long before other prominent members of the church community started to join in.

The debut of “Preachers of L.A.” can be expected sometime this fall according to Newsone. Newsone reported that Oxygen will be premiering the Christian based show that will star Gospel artist Dettrick Hadden, Bishop Noel Jones, Bishop Clarence McClendon, Pastor Wayne Chaney, Bishop Ron Gibson and Pastor Jay Haizlip.

I have two points to address about this. For one, I think its good that the world meaning non-believers, get to see the life a Christian lives. I think it’s a wonderful tool for exposure for the Kingdom of God and another good witnessing tool for those who are curious or perhaps have never really encountered an introduction to Christ. If used properly, I think the reality show platform has the potential to positively affect it’s audience through a Christian point of view.

On the other hand, as much good as a Christian reality show could cause, it could also end up causing more harm than benefit. It’s so easy to get caught up and forget about the initial purpose of an opportunity such as this through the gliz and the glam of camera life; but the bottom-line of the show should be distinguishing the difference between the lives of Christians and or “believers” versus those who know Him not.

Hopefully the new series will confront and not conform, be influential and not influenced and most of all a good representation of it’s core, Christ.

What are thoughts on the Christian reality shows out now? Are they too secular, why or why not?