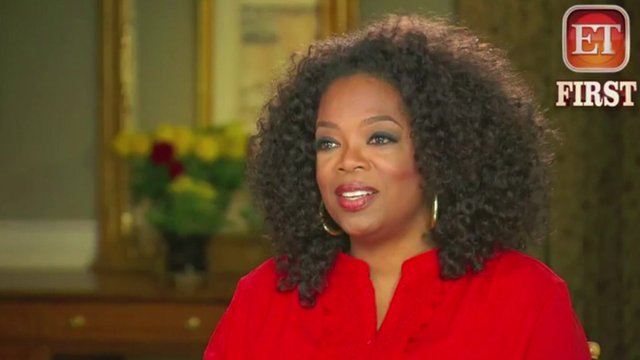 She is one of America’s best-loved television personalities, one of the world’s richest women and last month topped Forbes’ list of 100 most powerful celebrities, but Oprah Winfrey is, it seems, sadly not immune from RACISM! Oprah Told She didn’t look like she could afford bag! The 59 year old talk show queen says she was the victim of racism during a visit to Switzerland where she was attending Tina Turner’s wedding last month. Winfrey said a shop assistant refused to serve her in an upmarket Zurich handbag shop, saying that the bags were “too expensive” for her.

Winfrey told Entertainment Tonight: “I was in Zurich the other day, in a store whose name I will not mention. I didn’t have my eyelashes on, but I was in full Oprah Winfrey gear. I had my little Donna Karan skirt and my little sandals. But obviously The Oprah Winfrey Show is not shown in Zurich.” “I go into a store and I say to the woman, ‘Excuse me, may I see the bag right above your head?’ and she says to me, ‘No. It’s too expensive.’” When Winfrey insisted she did want to see the bag the shop assistant allegedly replied: “No, no you don’t want to see that one, you want to see this one because that one will cost too much. You will not be able to afford that.” Winfrey, who is a billionaire, continued: “There’s two different ways to handle it. I could had the whole blow-up thing… but [racism] still exists, of course it does.” Trudie Goetz, the owner of the boutique Winfrey was allegedly talking about, Trois Pommes in Zurich, apologized for the incident and called it a “misunderstanding”. ‘Mrs Oprah came in and was looking at the Jennifer Aniston handbag. My saleswoman told her about the bag, that it was the latest It bag from Tom Ford and was made from crocodile skin. Mrs Oprah then asked her how much it was and the sales assistant said 35,000 Swiss francs (US$ 38,000). How dare you insult anyone of any color? No matter if they are famous or not. As a sales rep one you can’t afford it secondly ever try and count the customers coins!