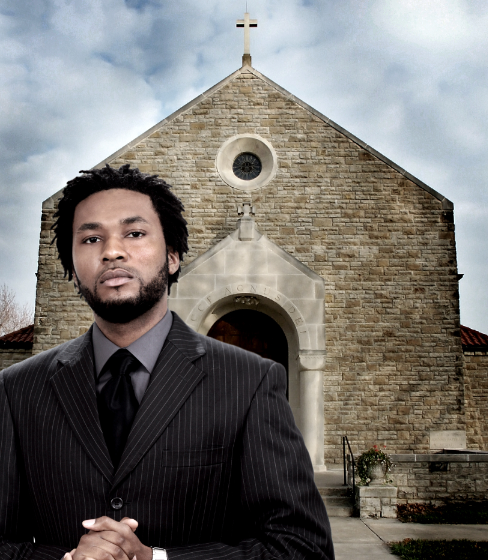 Pastor Rodney Wills was just about to reach 4 years at Mt. Salem Baptist Church. He is the youngest pastor to be installed at 26 years old and is now the shortest term pastor in Mt. Salem’s 109 year history. THIS pastor was kicked out for attending Rick Ross Concert! On Saturday, Mt. Salem voted him out for attending a local Rick Ross concert. With a vote of 11 to 3, the 14 deacons met at 11pm Saturday night to discuss and come to a conclusion that they did not need his services anymore. Rev. Wills arrived to the church the next day for Sunday morning worship service and notice his parking sign taken down and his name removed from the office door. The deacons even asked another minister from the community to officiate the service that morning. We cannot have our leader supporting people of this world who are tearing down the kingdom of God.” said Deacon Miles Langley.

According to Deacon Langley, this is not the first time Rev. Wills has attended a concert while pastoring Mt. Salem. 9 months ago the diaconate board met with Rev. Wills when word was given to them that many youth and young adults spotted the pastor at a Lil Wayne concert. “We know that many saints will have mixed opinions from our actions, but this is not how we do things here at Mt. Salem. We cannot have a pastor praising the world one minute then praising the Lord the next. Period” said Deacon Langley. Mt. Salem told that they will have guest ministers preach each week while they move forth with the next step. Rick Ross recently made nationwide news when he was dropped from Reebok and other endorsements for lyrics advocating rape towards women. ”Put Molly all in her Champagne/ She ain’t even know it/ I took her home and I enjoyed that/ She ain’t even know it,” he raps on the track. Do you feel even a pastor should be able to attend certain concerts just because he is human and may like the music or maybe even if is a family even what do you think?