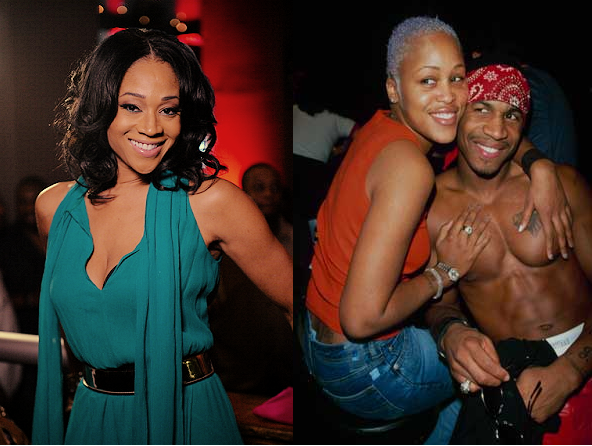 Love and Hip Hop reality star Stevie J is known for his player ways and juggling two women (Joseline and Mimi Faust) at once on the popular VH1 reality show. However, the drama continues as Stevie J claims that Mimi was a “Baby Joseline” while he was engaged to rapper Eve. The two women constantly bicker about each other’s former occupations and their relationship status with the music producer, and almost came to blows at the latest reunion show after Mimi called Joseline a “prostitute” and a “sl*t monkey.” When a fan asked Stevie J via twitter, “So, what was‪#Mimi’s position back when ‪@hitmansteviej was fuc***g w/‪#Eve?” Stevie J responded, “baby Joseline.”

This post goes out to all you lovers out there that meet in hotel rooms, parked cars, behind buildings, at restaurants, in church, parks or anywhere else the person you’re cheating on won’t be! The term secret lovers, already has a negative connotation, so if you’re love or lover is a secret, it’s most likely because it was wrong from the beginning like you falling in love with your brother-in-law or betraying your mom by cheating with your step dad, (yes, I said step-dad).  Now, cheating is bad in every sense, but secret lovers are more often times than not, kept secret because the lovers involved have gotten together within a group of people who already have close ties. Remember when the trashy show “Jerry Springer” was popular (and yes it’s still being aired)? Many times guests would come on the show to reveal to a loved one that they have been cheating on them with their cousin, best-friend, sister, brother, aunt, uncle and sometimes even their parents. Upon hearing this, it’s not hard to imagine what happened next, which was a lot of screaming, crying , yelling and then charging to initiate a fight scene that was somewhat similar to that of the “Mortal Combat” movie lol.  Here are a few ways to determine if your partner/spouse has a secret lover:

I hope this post was helpful, and to all you secret lovers out their, come on out into the light because it will shine on you eventually anyway.