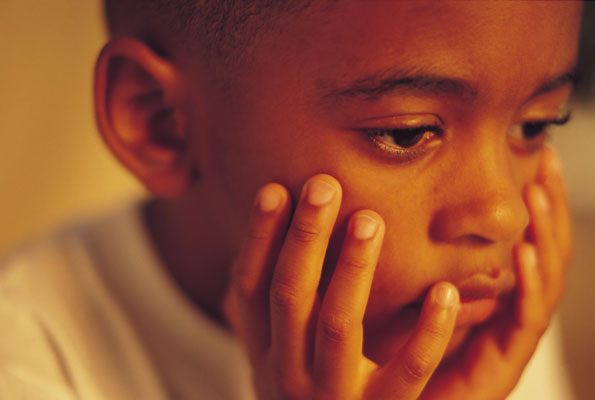 There’s nothing wrong with a little horseplay every now and then and kids will be kids. They’ll fight, play, fight again and then make up and play some more later. Normally after a fun filled evening of play, everyone returns back home when the street lights come on out breath and ready for bed. That’s usually how it goes when kids play with each other but according to Newsone, one little girl is being accused of more than just innocent horseplay.

Newsone reported that a now ten year old unidentified girl going by the name “Ashley”, was accused of raping a four year old boy when she was nine while she, the boy and other kids were outside playing “doctor” at their apartment complex . According to NewsOne, the incident happened back in April, where a neighbor supposedly saw the girl allegedly touching the boy inappropriately and went to tell his mother what she saw. But it wasn’t until June that authorities showed up to the girl’s house where she was charged with aggravated rape for supposedly going too far with the young child.

The youngster was also interrogated by sex crimes investigators about the incident, but her mother was not allowed to be present. According to Ashley’s mom, whose identity has been hidden as well, her child was questioned in a room by officers for a grueling 45 minutes, and when she emerged from the space, she was in tears.

Due to her young age and her presumed innocence, “Ashley” is getting the support of Houston, Texas Black Panther Leader, Quanell X, Newsone reports. “Ashley” was supposed to appear in court this week but her appearance has been rescheduled for October and the case is still being investigated.

Based on the video above, “Ashley” appears to be seemingly confused as to why she’s in so much trouble but by ten years of age, you know what constitutes as inappropriate touching at four, maybe not so much. I’m not taking sides here but I would like to present both sides of the fence. The neighbor supposedly saw something that disturbed her and I doubt there is much to mistake a rape accusation with. Something inappropriate was most likely done for such extreme measures to be taken but was it an actual sex crime or just child’s play gone wrong? What all did the neighbor see?