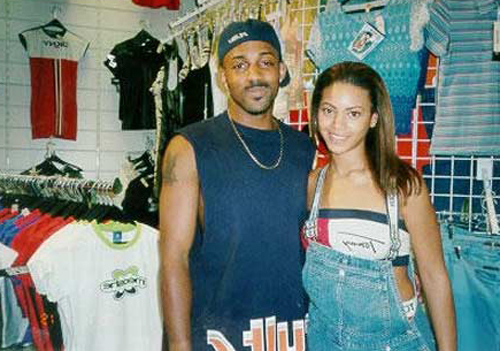 “The bigger star she became, the more I didn’t think I was good enough,” he said in the sit-down, printed in British tabloid (The Sun.) “One night, when she was out of town, I went to a bar with friends and ended up sleeping with another woman. Over the course of a few years I cheated on her about five times, but I never told her until after we broke up.” Beyoncé’s childhood sweetheart tells it all! Apparently, Beyoncé had vowed to stay a virgin until marriage. Even though she and Locke were never intimate, he claims he “respected” her choice. “Who cheats on a woman as beautiful as Beyoncé? Well, I am that man and it’s something that’ll always haunt me,” he said, adding, “Once she began dating Jay Z I knew we were doomed and I could never win her back. But I know that no matter what, she will always love me.” 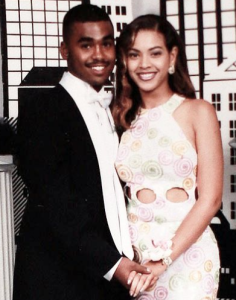 Locke recently talked about his relationship with Beyoncé when she was an aspiring singer growing up in Houston. The two were allegedly childhood sweethearts who first met at a youth church in 1993. They supposedly shared their first kiss at a Brian McKnight concert and went to prom together in 1997. But when Beyoncé’s star began to rise as part of Destiny’s Child, Locke said he began to wander. Back in 2008, Beyoncé spoke to The Telegraph about how Jay Z was really the only man in her life.

In February, Beyoncé sat down with Oprah Winfrey for “Oprah’s Next Chapter” and discussed her love for her husband, whom she married in a private ceremony in 2008. Beyoncé says that she only had two boyfriends in her whole life and the 2nd one is the man she is madly in love with today!