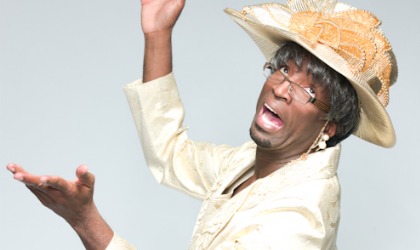 A friend of mine asked me to write this post. He went to a what he calls, “sanctified church” and the usher was a** out. So I asked him what he meant by that? He was very upset because he felt that she was dressed inappropriately and too much was being revealed. I asked him, “Was your flesh aroused or something?” He responded, “I just thought that y’all were a bit different in the holiness church. I told him that we are different but I attempted to drill down on the facts of what he thought he had seen. I then queried and asked him, “How do you know that she did not have on a bra?” He responded, “I saw nipples.” I attempted to explain that maybe it was not a good wire bra. He would not buy it. I asked him if he was close enough to ensure that she did not have on hosiery? He responded, “Hair was everywhere.” I dare not ask any follow-up question after that response.

Is dress code now an issue in the traditional church? Has “come as you are” taken on a whole new meaning? Should persons working in church be required to adhere to a particular dress code? These were just a couple of questions I asked myself. However, I have made the following observations:
1. Choir robes are a novelty.
2. Lipstick is mandatory to lead a song in the choir.
3. Ushers don’t have to bathe.
4. Deacons can have roaming eyes.
5. Pastors can…….(you fill in the blank).
6. Bad breath is common amongst choir members and ushers.

The revival has to start at the church. We almost need an over-haul to discuss church etiquette and appropriate behaviors. Do you feel that bras and pantyhose should be required to serve in church? I would love to hear your responses on this one tonight, or today.

Let me hear from you!