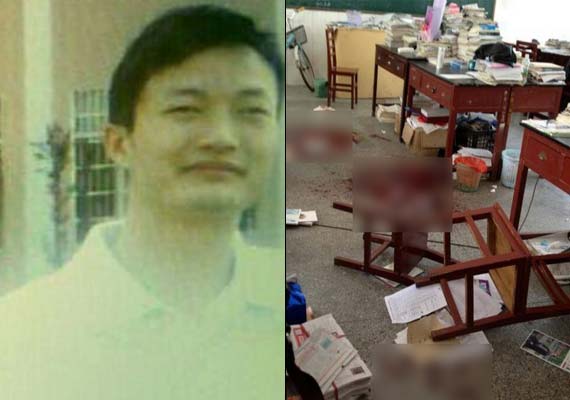 During a chemistry class your cell phone should be the last thing that’s on your mind. “You didn’t pay for it” student slices teacher over cell phone. The student, named only as Lei in local news reports, had been discovered playing with his phone by his teacher Sun Wakang during a chemistry lesson at a school in in Fuzhou, eastern China’s Jiangxi province. Allegedly, the following day Lei went to Mr. Sun’s classroom and slit his throat from behind. The 32-year-old father-of-one died at the scene as the student fled. Reportedly, later Lei called the local emergency number and confessed to the crime before turning himself in to police in Shanghai.  Cell phones in many school systems are a big no. Most educators feel as though pones are nothing but a distraction from the things they are supposed to be learning in class. In most situations it’s very much so true. However the confiscating of cell phones most students and even some parents believe that if you did not pay for it or pay the bill on it what gives you the right to take it.

At least in these days and time confiscating a student’s cell phone is risky business. Back in yester years teachers and parents were on one accord with one another, that their child’s education meant for them to look upon that teacher almost as a second parent away from home on a respect scale. But the parents took the teachers opinion first now a lot of parents take the child’s opinion 1st to none! With children like Jaden smith announcing that school is brainwashing. Another sign of today’s youth not want education. Education is the key out of poverty and into wealth physically mentally and spiritually. You are never too old to learn something new.