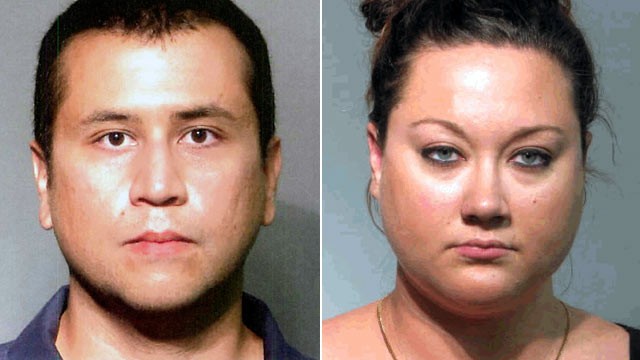 George Zimmerman may have won the case where he was found not guilty of killing young, Black teen Trayvon Martin, but he’s starting to pay for his actions in other ways. He’s about to lose his wife. According to Newsone, Zimmerman’s wife, Shellie Zimmerman, told ABC News in an interview that she moved out of the home she and her husband shared last month.

According to Shellie, George is “invincible” now. I guess Mr. Zimmerman is a bit puffed up after getting away with murder. It’s no surprise that a high profile trial such as his would put  a strain on their relationship, not to mention the fact that Shellie herself plead guilty to perjury for lying during her husband’s bail hearing. She filed for divorce  this week.

While not as bad as a murder crime, here are the details on Mrs. Zimmerman’s offense. As reported by NewsOne:

Shellie Zimmerman’s felony perjury charge came after she lied about the couple’s assets when her husband was seeking release from jail on a lower bond. Court records show that in the days before the June 2012 bond hearing, Shellie Zimmerman transferred $74,000 – broken into eight smaller transfers ranging from $7,500 to $9,990 – from her husband’s credit union account to hers. It also shows that $47,000 was transferred from George Zimmerman’s account to his sister’s in the days before the hearing. Amounts of over $10,000 would have been reported to the Internal Revenue Service.

I have to ask Mrs. Zimmerman, “Are You in A Bad Relationship?” According to you,  your husband thinks he’s invincible, he’s selfish and pretty much left you high and dry emotionally after he escaped a prison sentence by the hairs of his chiny-chin-chin.

Be honest, did you see this coming readers?