The lights were dim and the mood was set. It was already past show time but my Parmesan crusted pork chop, baked sweet potatoes (although a bit under seasoned for my taste) and grilled asparagus kept me busy until the show started. After a short while, the MC grabbed the microphone and made the introduction. The audience shifted their attention from their plates and to the back of the room where Rudy Currence, dressed down wearing black jeans, a screen tee and sneakers, was casually walking in with three backup singers and one guitarist. They each took their positions on the stage. The Decatur, Georgia music venue wasn’t quite standing room only, but wasn’t far from it either.

He greeted the crowd and immediately started the show. He has three CD’s and a mixtape under his belt, but most of the set list consisted of songs from his first album and various covers of songs by other artists. For people who have been following Currence’s career, it was refreshing to see him dig into his musical repertoire for older material.

Currence has an effective way of commanding a room. His calm, quiet confidence and comfortable and witty banter made it easy not only for him to talk to the audience, but for them to also talk back. He told a comical anecdote about a mental conversation he had with singer/ songwriter Sheryl Crow. He asked her if he could cover a song of hers and she gave her blessing. Perfectly timed punch lines made the story all the more impactful. She told him (in his head) that if he sang her song, he had to put his own spin on it and he was happy to oblige. For those who had never heard the original, “If It Makes You Happy” sounded like a new single from the emerging soul, rhythm and blues, pop vocalist.

The Rock Hill, South Carolina native is a country boy at heart and raised in the church, something he is very proud of. As a self-proclaimed PK (preacher’s kid), Currence reminisced about singing in church and even returned to those roots, sang a few gospel songs and even broke out in an impromptu “choir rehearsal” where he encouraged the crowd to participate in the singing, an offer which most people accepted.

Currence is pretty well known for his curly fro that was tamed by a red fitted ball cap. The only thing more distinct is his voice. He effortlessly sways in and out of falsetto and seemingly never grows tired of running up and down the vocal scales.

And shall we talk about the Grammy? Arguably the most prestigious award a musician can receive and Currence has one. His humble personality didn’t allow him to dive too deeply into the details, but he worked on gospel artist Lacrae’s album and it won best gospel record. Therefore Currence won a Grammy. 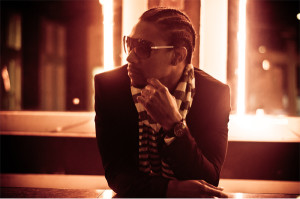 This is the first of many accolades soon to come. This was more than your average unplugged musical showcase. This was different that your run of the mill acoustic set. This was stronger and better than your everyday concert. This was an experience.