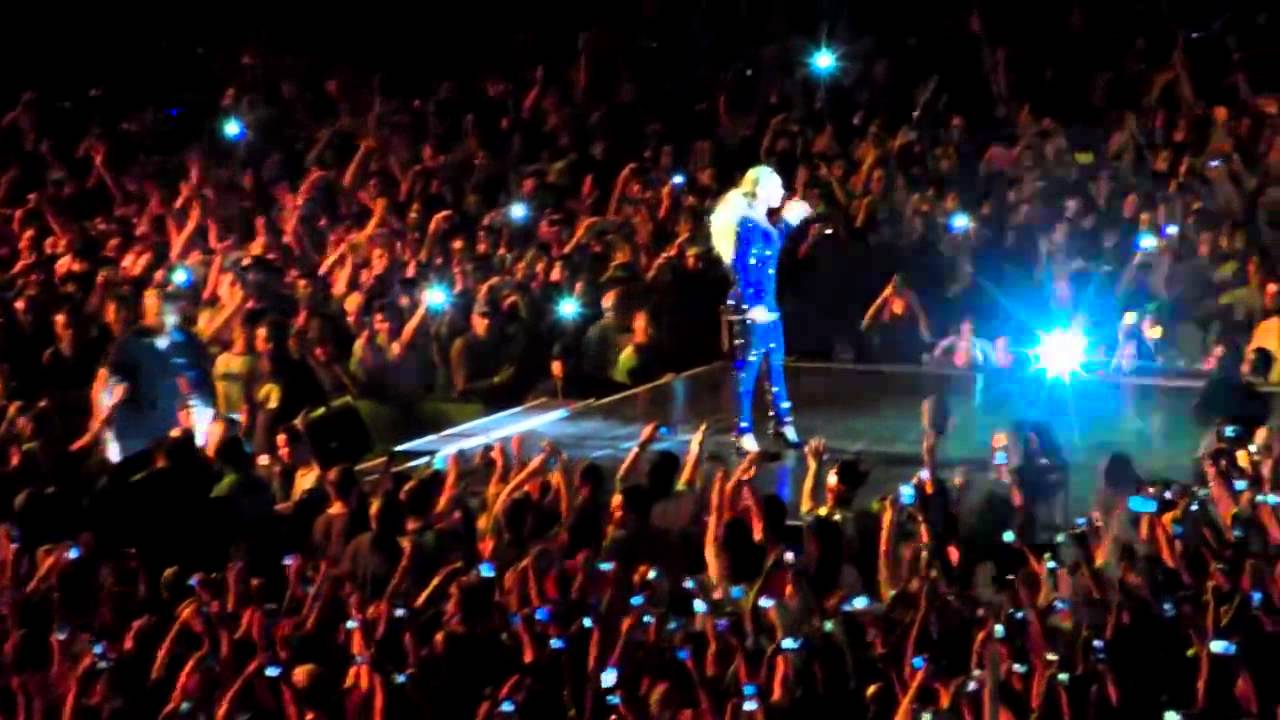 Beyonce claws her way back to stage after Fan pulls her! The security reacted but not quickly enough! When they did get themselves in motion they quickly pulled Beyoncé back to the stage, but the situation had all the signs of turning ugly as the shirtless fan was being forcefully escorted from the venue. Luckily, Beyoncé reacted with grace and tact, calming the crowd and saying that “everything is all right.” In fact, the singer took it a step further, shaking hands with the fan, saying “Thank you. I love you, too.” The performance then continued with a huge approval of the crowd, who chanted “Beyoncé, Beyoncé.” Though she surely didn’t appreciate being forcefully grabbed, and pulled off the stage. Beyoncé’s calm demeanor saved the day, especially for the fan that chose a very odd way to show his appreciation.

A lot of people ask the question does Beyoncé understand how much big of a star she truly is? She doesn’t mind being close up and personal with her fans however suppose a person actually had intentions to harm or even kill of whatever reason. Hat’s wen things become serious. Just as fast as this fan was able to pull her off the sage is as fast she could have been stabbed o anything! Beyoncé is getting a fan base near the size of the late iconic Michael Jackson. Know I know it may be a little extreme to say that one of her fans would literally try and hurt her but you never know what a person might be thinking in the world we live in! People are shooting up elementary schools for no apparent reason. Children who are innocent and don’t know any better are getting killed before their time. People are also walking into movie theaters where some people are with their family, some are on dates, and some are just getting out he house but nobody deserves to go to the movies and have to worry about someone walking in shooting! So do I feel Beyoncé needs to be more careful yes but what do you think?