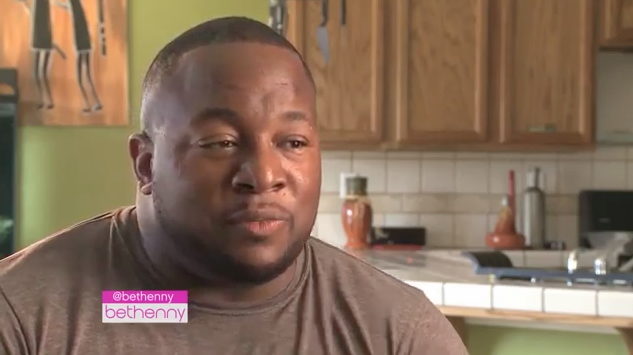 This isn’t quite “Sisterwives” but it’s still plural and certainly not the norm choice for a “bruhman” in this country. “Jermaine”, has two wives; Leanne and Angelica and together they have seven kids. However, technically, wife number two isn’t legit since Jermaine was already married to wife number one, Angelica, when they met.

Most men would agree that they have enough trouble dealing with with one woman, so I can only imagine that that becomes more of a challenge with two or more. I’d guess that the various relationship problems between two people is doubled when adding a “third wheel” into the mix. But here’s my question, (excluding sexual benefits) is one wife not enough? What makes someone determine they need another?

In the video we see that wife number two, Leanne admitting to some insecurities she has in comparison to wife one Angelica. Leanne said that her “husband” is more physically attracted to wife one. That makes me think a little bit on Jermaine’s motives; for example does he only do certain things with wife one and not wife two? Is one wife treated better than the other? Does he only really love one and tolerate the other?

Not receiving enough attention is a common relationship issue, and I think it’d be safe to say that out of three people in a relationship, someone doesn’t think they’re getting enough of it, even if the husband is taking turns spending the night with both women.

I have to ask readers, do you think Jermaine and anyone else with multiple partners are in bad relationships? Do polygamy partners fit into these categories too, commensalism, mutualism, competition and parasitism?

Jermaine said he “can’t give out his industry secret because everyone would be running around trying to be like him”. I beg to differ but  what would be your justification for entering polygamy or getting another wife? How would this play out differently if it were a woman with two husbands? That’s one we don’t see every day!