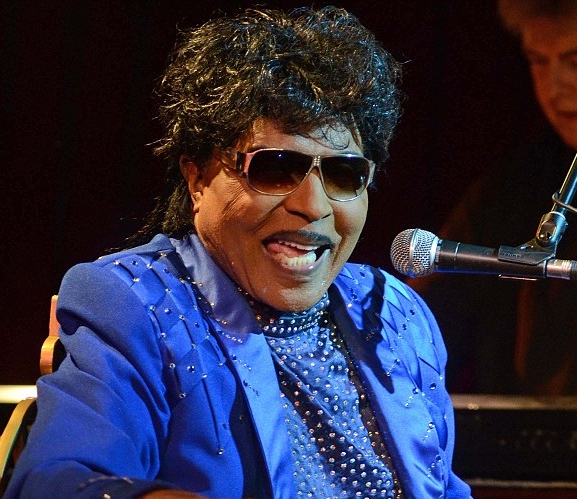 One of the innovators of Rock and Roll Little Richard was with Cee Lo Green onstage for a Recording Academy fundraiser in Atlanta. God bless him Little Richard had a heart attack! “The other night, I didn’t know I was having a heart attack,” Little Richard admitted to the crowd about an incident he says happened just last week. “I was coughing, and my right arm was aching. I told my son, ‘Make the room as cold as ice.’ So he turned the air conditioning on, and I took a baby aspirin. The doctor told me that saved my life. Jesus had something for me. He brought me through.” Take note that Little Richard is 80 years old. Cee Lo initially seemed star struck in the presence of the legendary musician. “I wanted to wear something fabulous, to make sure you didn’t miss me,” he said of his floor-length canary yellow kaftan when he and Richard compared wardrobe notes.

The two bonded over their love of Southern soul food, with Richard recalling the collard greens and black-eyed peas he ate while growing up in nearby Macon with his 12 siblings. He also reminisced about visiting Atlanta nightclubs to see artists such as “the prince of the blues,” Billy Wright, or Lionel Hampton, and about discovering his favorite makeup hue. Toward the close of the evening, Little Richard turned to his spiritual philosophies. “God talked to me the other night,” Richard said. “He said he’s getting ready to come. The world’s getting ready to end . . . and He’s coming, wrapped in flames of fire with a rainbow around his throne.” Some of his apocalyptic prophesies garnered snickers as well as cheers from both Cee Lo and the audience, but Richard seemed stubbornly sincere. “When I talk to you about God, I’m not playing,” he said. “I’m almost 81 years old. Without God, I wouldn’t be here.”