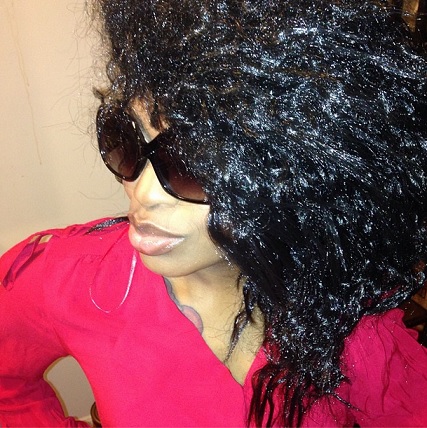 In the spirit of Halloween, let’s keep it light…and hilarious. I’m sure most of us have seen R and B Divas and have witnessed the demise of Kelly Price and Lil Mo’s friendship. The tension on the show was thick enough to cut with a knife, but many wondered if it was just made up drama to boost the ratings on the show. That theory is no longer relevant. Lil Mo recently unveiled her Halloween costume which was an ode to TV show cast mate (and arch nemesis), Price. Lil Mo wore an ill-fitting blouse, pants stuffed with padding and Kelly’s signature dark sunglasses. The look came full circle when Lil Mo topped it off with an unkempt and uncombed asymmetrical wig. Lil Mo gave the character life when she named it “The Ghost of the Booked Gods”. She even recorded a small video showing the personality. She even carried a pair of Timberland boots and a tube of Vaseline, infamous for a scene where Kelly Price brought those things to the cast’s monologue rehearsal. Now, we all know that this is meant as a joke and they say that imitation is the highest form of flattery, so should Price be mad that she is the butt of the joke, honored that she is being imitated or just laugh it off as the joke that it is meant to be? What would you do?