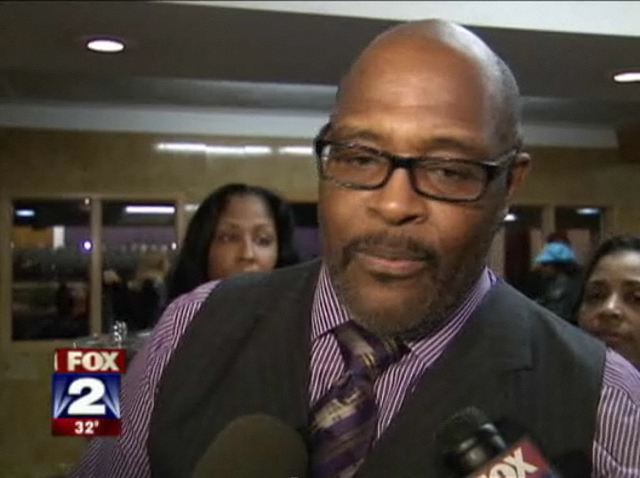 Marvin Winans won’t lay hands on out of wedlock babies! Charity Grace lives on the east side of Detroit with her 2-year-old son, Joshua. The two recently started attending Perfecting Church under the leadership of Pastor Marvin Winans.  On Sunday, Grace was looking forward to having her only child receive a special blessing from Pastor Winans. “I want to instill values and morals in my son based upon the word of God,” said Grace. She called the church on Tuesday to make arrangements. “I told them I was not married and that’s where everything just broke loose.” Grace says she spoke with a woman who told her Pastor Winans’ policy is that he is not to bless children of unwed mothers in front of his congregation. “I’ve never felt so degraded and disrespected in my life,” said Grace.

Rev. W.J. Rideout III of All God’s People Church speaks out about injustice outside the church and all over the world. So, allegedly he was asked if he thought this was an injustice inside the church. “Every pastor has set up the pattern of his church, the way he feels or deems fit. But as it relates to the scripture, I feel like it’s wrong,” said Rideout. “I feel like we’re judging, but we’re not judging with righteous judgment.” “What they could do for me is let my son get dedicated, during a week day with one of the elders of my choice,” said Grace. “I’m not speaking against the pastor, but sometimes we make poor decisions,” said Rideout. “I absolutely would not set foot back in the church right now because I feel like they look down upon me and my kind, meaning single moms and unwed mothers. The church should be the last place you should go to be judged and denied,” said Grace.