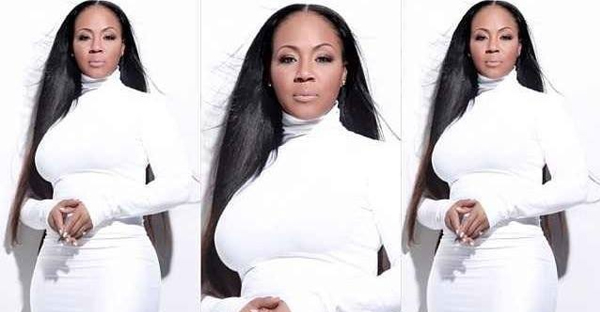 Traditionally, the church community is used to seeing the Mother’s Board dressed in all white (for First Sunday aka communion) and let’s be honest it’s not the most fashionable of styles. But its a part of the Black church community that is widely recognized and respected; until now. Mary Mary singer, Erica Campbell is releasing a solo album in the new year and has recently turned heads in the secular and church sphere for a promotional shot that some believe is revealing too much.

However, technically, nothing is being revealed. There”s no cleavage, her arms are covered, the dress is below the knee AND its a turtle neck. The problem? Well, while Mrs. Campbell is completely covered up in her all white attire, her voluptuous figure is apparent in the form fitting dress. In my opinion, there is no seductive tone or suggestive facial or bodily expressions from the other Mary. She really is, quite literally just standing there in her all white, looking poised and confident if I must say so myself. BUT, all the saints are not in aggreence with my observation.

According to The Huffington Post, Campbell has received an “unexpected amount backlash stemming from a promotional photo taken for her forthcoming March 25 solo debut album, Help. The photo has caught the attention of leaders in the Christian community, radio shows, pastors and of course the church folks.  So Campbell spoke up about the criticism she’s received in an interview with Essence .

As reported by Essence:

I thought I looked cute, she says jokingly, but it obviously offended some people, which was never my intention.

This is about confidence and realizing that God made you and that you are beautiful just the way you are, she says. I think that young girls shouldn’t only get sexy images from people who are not proclaiming Jesus. But I am. And I’m cute too.

You can judge the picture for yourself like I did but with that being said, are the saints over reacting? Mrs. Campbell is a curvy woman but that doesn’t mean she should wear a burlap sack down to her ankles and forsake the beauty shop. Is sensuality really the issue here or is  it something else? Would the picture have caused such an uproar if she was less endowed and poorly dressed? Is this type of non-traditional presentation for the Gospel more upsetting to some then it should be?