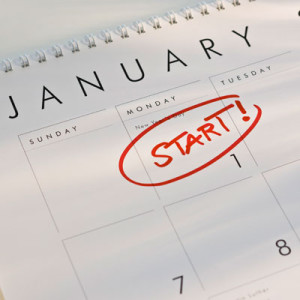 Some have vowed to lose their recently gained holiday weight while others have made personal promises to put down the cigarettes once and for all. We’re only three days into the new year and I still feel different. Now, I know that everyone claims the infamous phrase “new year, new me”, but I think they could be on to something.

You have to admit that there is something about the new year that makes you feel like you can conquer anything; like you have a fresh start to accomplish goals you allowed to fall by the wayside. When the clock struck twelve and it was officially 2014, a feeling of renewal came over me. As I scrolled through my timeline and read various posts, it seemed that other people felt the same way. There were skeptics who posted things like, “you were no good in 2013 and you will be no good in 2014” or “new year, new me; not that same ole stuff again.” I’ve concluded that people don’t accomplish the goals they set for themselves because they make them when they have that renewed feeling, but when that feeling fades, they only make excuses.

It’s important for everyone to capitalize on the momentum gained by entering 2014. If you want to quit smoking, write a list of ways you can make that happen and actually work towards that goal. If you want to get into better shape, DO IT! Many people will neglect their resolutions in a few weeks and maybe even sooner, but you don’t have to be one of them. Look at this as an opportunity to change your life.

What’s a resolution or a lifestyle change you’ve adopted in the new year? How do you plan to accomplish it?