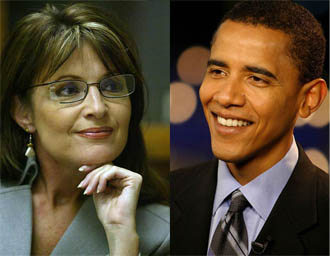 Sarah Palin is at it again. No, she’s not running for President but she is running her mouth.

It never ceases to amaze how people can criticize the work of others when they have absolutely no clue as to what it takes to perform their job. Sarah Palin time and time again has made herself a target.  In recent news, in honor of Martin Luther King, Jr. Day, she decided to charge President Obama to stop playing the “race card”. She posted MLK’s “I Have a Dream” speech followed by a personalize message to President Obama.

As an African American I can honestly say that I am aware of the struggles of other minorities but may not be able to to empathize or completely understand to the point of identifying with them.  But one thing I can say is I respect their adversities and support them in their triumphs.  I say this to bring light onto Sarah Palin’s consistent blatant display of ignorance.  She has absolutely no clue as to what she is talking about half of the time.

On an appearance on Fox News she criticized First Lady Michelle Obama for defending her husband’s presidency.

“Oh Lord. Oh Lord! Are we just numbskulls out here in the heartland of America? Just a bunch of numbskulls who can’t read the unemployment numbers and see that 5 trillion dollars in new debt later under her husband, President Obama, five trillion dollars more, and we still have fewer jobs today than we had before he took over,” Palin said, responding to a clip of Mrs. Obama claiming that some people are “confused” about the president’s real accomplishments. “But, we’re numbskulls out here and we just don’t understand what these numbers mean, and what they represent.”

King asked Obama to respond to claims that she had beef with former White House Chief of Staff Rahm Emanuel.

“I guess it’s more interesting to imagine this conflicted situation here and a strong woman and — you know?” she said. “But that’s been an image that people have tried to paint of me since the day Barack announced, that I’m some angry black woman.”

I’m still trying to figure out why Palin is relevant since her resignation as Alaska’s Governor. I mean she’s not the brightest blub in the box and she seems to get off by igniting controversy.

It’s time for her to have a seat.