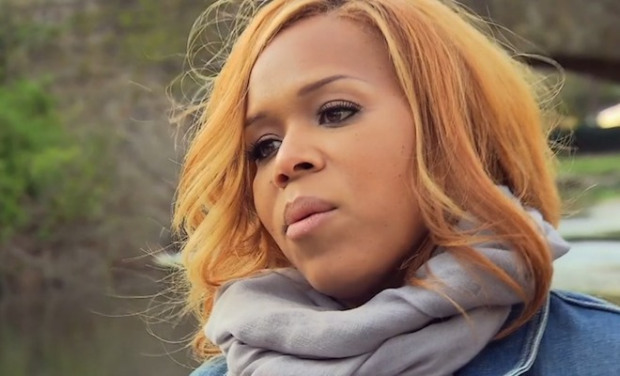 Saint or sinner, secular or gospel music lover or hater of reality shows, last night’s episode of Mary Mary was some GOOD television; drama filled and intense just how the public likes it. While the subject matter of infidelity was heartbreaking enough to watch play out, raw emotions and real-life were definitley being displayed on our screens yesterday.

A while back, we wrote a post on half of the Marys, Tina Campbell revealing that her husband and father to her four children had been unfaithful to her…BUT that was when we all including Tina, thought it was just the one fling, NOT SO.

In case you missed the episode last night or have missed the the article in the latest entertainment news, yesterday we found out that Teddy, Tina’s probably on his way to being an ex-husband, revealed that he didn’t just have one affiar, he had multiple! Can you imagine learning that your spouse was unfaithful and believing that it was just the one time only to find out that he’s a frequent cheater? AND that you were considering forgiving him and attempt to make it work only to have your heart broken twice over the same thing?

Que the hysterical crying and a mad as hell woman and you’ve got a “hell hath no fury…” type of situation going on, which was absolutely expected upon discovering that your world has been shattered.

I use last night’s Mary Mary episode to address a serious question: when is infidelity too much to bare? Does it just take one time and you’re done or does it take repeat offenses for you too to realize that you deserve better. Since Christianity is an undertone of this post, with a gospel artist being the center of the latest cheating scandal, I feel it poignant to mention that the Bible does give a way of escape for believers in Christ who face this dilemma (Matthew 19:9) but will you take it?

I will say this, God doesn’t want us to be miserable in our relationships. “He that findeth a wife findeth a good thing” not a good doormat! When a man and a woman join together as husband and wife, it’s meant to be a life-long commitment between the two filled with both hills and valleys, good and bad times with the overall experience being a great one. So why would a person choose to be miserable and peeping over their shoulder for the next 20 years due to the lack of trust? Make it easy for yourself in the long run and choose to let go. Making a hard, painful decision now could result in gratitude for your newly discovered and happier life later down the road.

If you watched the extra footage going simultaneously after the initial viewing, you can see that it looks as if Tina has made her choice. There was no ring on that finger.

In simple terms, go and be in a relationaship where you are appreciated, not tolerated.