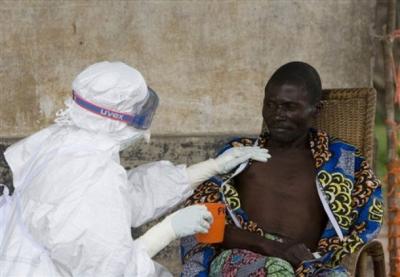 Ebola Virus now has a new frontier, America. Of course by now you have heard that Ebola has made it’s way to US soil. This is scary. The reason being, the cure is not readily available to all. Of course, the CDC reports the successful outcomes of the three that we have treated here, but what about Liberia. There has been approximately_____ deaths to date. This is now a priority of WHO. We

How do you get Ebola?
• It isn’t like any other disease where you catch colds, influenza or the measles. It spreads to people by contact with the skin or bodily fluids.
• Another way of getting Ebola is by contaminated needles or surfaces.
• You can’t get Ebola from air, food or water. If the person has Ebola but no symptoms you can’t get the disease either.

Ebola Virus death rate
• The Ebola outbreak in West Africa is the deadliest ever. This disease first broke out in 1976. It was named from the Ebola River.
• Ebola hemorrhagic fever is a disease caused by one of five different Ebola viruses. Four of the strains can cause severe illness in humans and animals. The fifth, Res ton virus, has caused illness in some animals, but not in humans.
• Ebola is extremely infectious but not extremely contagious. It is infectious, because an infinitesimally small amount can cause illness. Laboratory experiments on nonhuman primates suggest that even a single virus may be enough to trigger a fatal infection.
• More than 3,000 people have died, according to the world health organization.
• Deadly human Ebola outbreaks have been confirmed in the following countries: Democratic Republic of the Congo (DRC), Gabon, South Sudan, Ivory Coast, Uganda, and Republic of the Congo (ROC), Guinea and Liberia.

However as the disease get worse, it causes bleeding in the inside and the outside of the body, Also when the person vomits, they usually release blood and they have bloody diarrhea and a rash.

Treatment
• No specific vaccine or medicine has proven to be effective to the Ebola virus.
• The symptoms are treated as they appear.
• Providing intravenous fluids (IV) and balancing electrolytes (body salts).
• Maintaining oxygen status and blood pressure.
• Treating other infections if they occur.
• Recovery from Ebola depends on the patient’s immune response. People who recover from Ebola infection develop antibodies that last for at least 10 years, possibly longer.

Make sure that you continue to stay inform, so that you can protect the health of you and your family members.