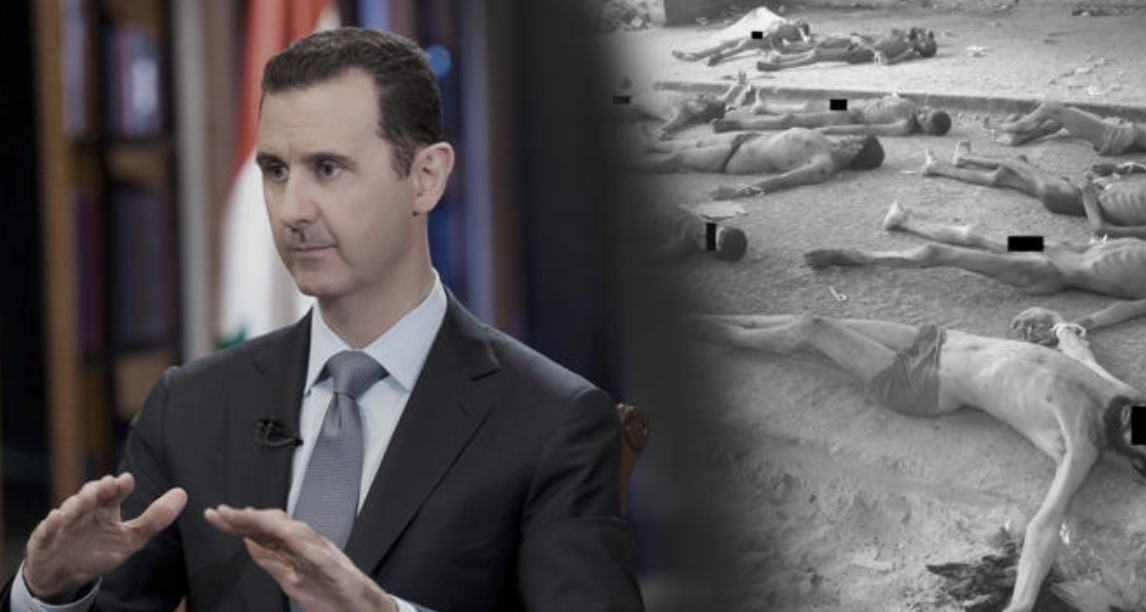 The untied states government revealed a series of photographs from Syria of torture victims showing corpses of a “systematic killing machine”. These images reveal similar tactics that were seen to compare to that of Nazi concentration camps. A museum that opened today , Wednesday October 15 displayed the first photographs that were obtained from Syria by a regime defector that show the emaciated , and burned bodies of suspected dissidents believed to have been killed in government detention centers.

These photos display a certain method that may sway the public into believing that this senseless act of violence was nothing more than battlefield deaths resulting from a civil war. These accusations ,even though they may have some truth , the nature of the photographs tells otherwise. One can only come to a conclusion that this was a deliberate and systematic attempt to eradicate enemies of the state. The holocaust museum which houses these 27000 photos are seen as wading into a sensitive foreign policy debate on how the U.S.  Government responds to these images.

President Obama last month announced an aggressive bombing campaign targeting the militants of the Islamic state. The enemies of Syrian president Bashar Assad are seen to be a threat to  Iraq as well as the U.S government. The fear of the U.S plan to target only the Islamic states is controversial and is seen to eventually lead to the strengthening of the Syrian dictator Assad and the raining dictatorship over Syria. The lingering dilemma is history repeating itself. The images displayed show bodies lined up in a warehouse and tied together, which compare to that of the bodies during the holocaust. The U.S government wants to make sure that there assumptions are correct and them acting on the issue wont cause further bloodshed also cause any harm to its public or Iraq’s.