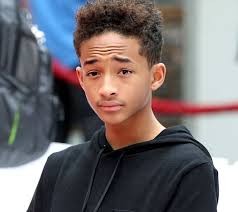 Jaden Christopher Syre Smith is an American actor and rapper, who was born July 8. 1998.

Jaden has had great roles in hit movies and has made hit records(The Pursuit of Happiness, Karate Kid, After Earth etc)

This year of 2014 Jaden announced all over social media that on his eighteenth birthday, he will get his GENITALS removed. This is SHOCKING news!!

Jaden says he is not straight or gay but his male member does not define who he is. Will or Jada Smith has not commented on Jaden’s decision but i am sure they will have some questions for their son. They are his parents so i am sure that they will support him no matter how they feel about the situation.

Saying that his private part does not define him is not really why he wants them removed; it has to be something deeper than that. So does Jaden Smith needs to see a Psychiatrist?

Being the M.D. that i am  i know that there is something else going on in his little life at a young age. Don’t get me wrong he is human like everybody else, he has his own life and can make his own decision but sometimes you have to sit and think before you react on something. Everybody has problems, even celebrities.

This is the new Jaden Smith; Hate it or Love it!. To his fans he quotes he hopes that his fans loves him for his Acting and music and not dislike him for his decision he makes for his personal life.